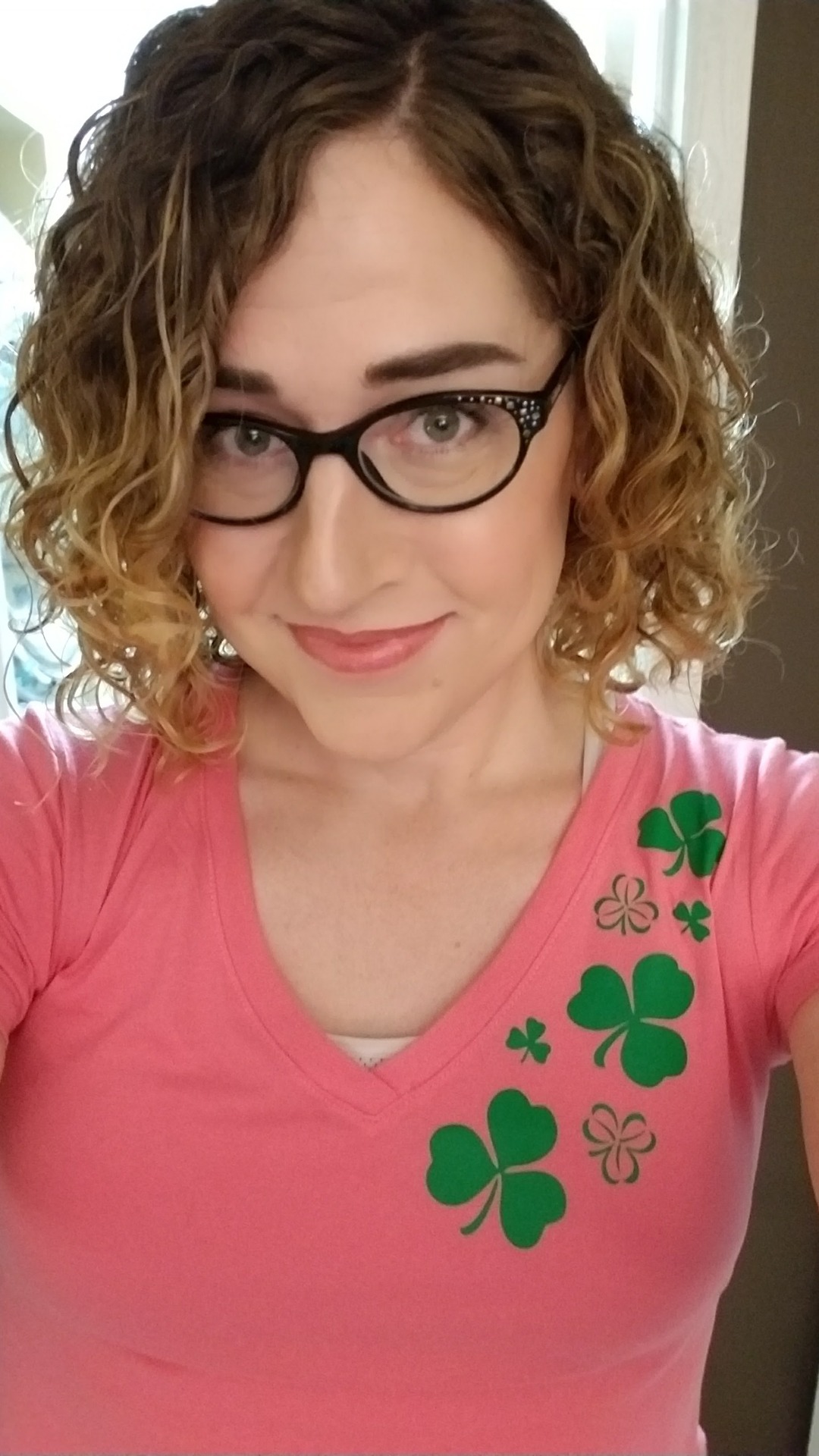 Ari Crushes It at Her Golf Outing

Three posts in one night? Whaaaaaat??

Yep! These images are all from yesterday – Wednesday (8/9/2017). It was the day of my annual company golf outing. I believe I did a post last year describing how I skipped the golfing (was out of the loop a bit from the office as a full time work from home employee, so I did not join a golf team) but went to the dinner celebration afterwards. This year, I participated in the whole sha-bang!

First, I needed to figure out a sporty golf outfit. I do not own a golf skirt and came up empty at my local Goodwill and Ross stores (still trying to watch my spending). So.. I went with my lucky pink top and yoga pants since it was supposed to be a fairly cool and beautiful day (80 degrees, mostly sunny and a light breeze).

^ I wore some white and pink socks, because it was going to be a sweaty day! ^

^ Half-way through the course, my team took a bathroom break. (Sweaty Ari) ^

I was having a great time. I was playing with two of the guys from my team, one of them is an old friend of mine from college who is now our Director. There was a member of IT support who rounded out our team. It was a best ball tourney and we ended up using 6 of my drives out of 18 holes! Also, I finished up one hole with a great chip shot and put-in all on my own. I have not golfed that well in .. well maybe ever. I think it has something to do with being less stressed and more confident. Golf is such a mind game more than a skill game 😉

While we were golfing, I did use the women’s tees. However, for my drives, I was using a 3-iron the whole night. I figured if anyone made a stink about me (a transgender woman) using the women’s tees then I would both say to them, “you know we lose a ton of muscle mass on HRT, right? – And besides, I used an iron for all of my drives!” (I was being ridiculous though to worry about it because it never came up). Now, had I won a contest, such as closest to the pin, longest put, or longest drive.. then there might have been someone saying something. They had categories for men and women for those, but alas I did not beat out anyone for those. Again, lesson learned that I make more out of “what could happen” in my mind then what ever “actually does happen.” Prior to signing up for the golf outing I thought about all of this stuff and kept thinking about it, even though I was able to convince myself to signup anyway.

Another nice thing that happened was a photographer came by while we were golfing and took our team photo. He was an older gentlemen from our company that I have actually known for years, but he “introduced himself” to me and boy was he taking me all in with his eyes. A little off-putting but still it boosts my confidence a bit when things like that happen. I did not explain to him that we used to know each other, I just shook his hand and said “It is nice to meet you.” He actually stayed at our hole to watch us complete our hits. I was last to hit and my Director was away with the golf cart looking for his ball. After I hit, the photographer offered to drive me back to the rest of the group with his cart. He asked my last name and we talked about how we are both of polish descent. 😉

My team came together very well and we performed respectably. We were not going to win this thing, we knew that.. but we had a blast. My Director actually bought me a Black Cherry Mike’s Hard Lemonade, after I had already had one of my own. Those things are strong so I was feeling pretty good by the time we were done 😉 😉

With the course completed.. it was time for a wardrobe change… That’s right! I came prepared!

Not too bad for cleaning up with baby wipes and a little re-application of makeup!

While at the after-party, I again experienced more ‘introductions’..  “I don’t think we’ve met.. “ – became the theme of the night when I knew pretty much everyone there already. Honestly, I felt so validated and happy (maybe that was partly the hard lemonade). I had several other people offer to get me a drink, but I had to drive so I politely declined.

It was a wonderful, wonderful day!

I just want to encourage my followers that are transitioning to keep fighting back against that voice in your head that tries to talk you out of doing things and experiencing life the way you should.. it will almost never be even close to as bad as you imagine and it may be way.. waaaay better than you imagine!

Re-blog to try to keep away the fetish blogs ..