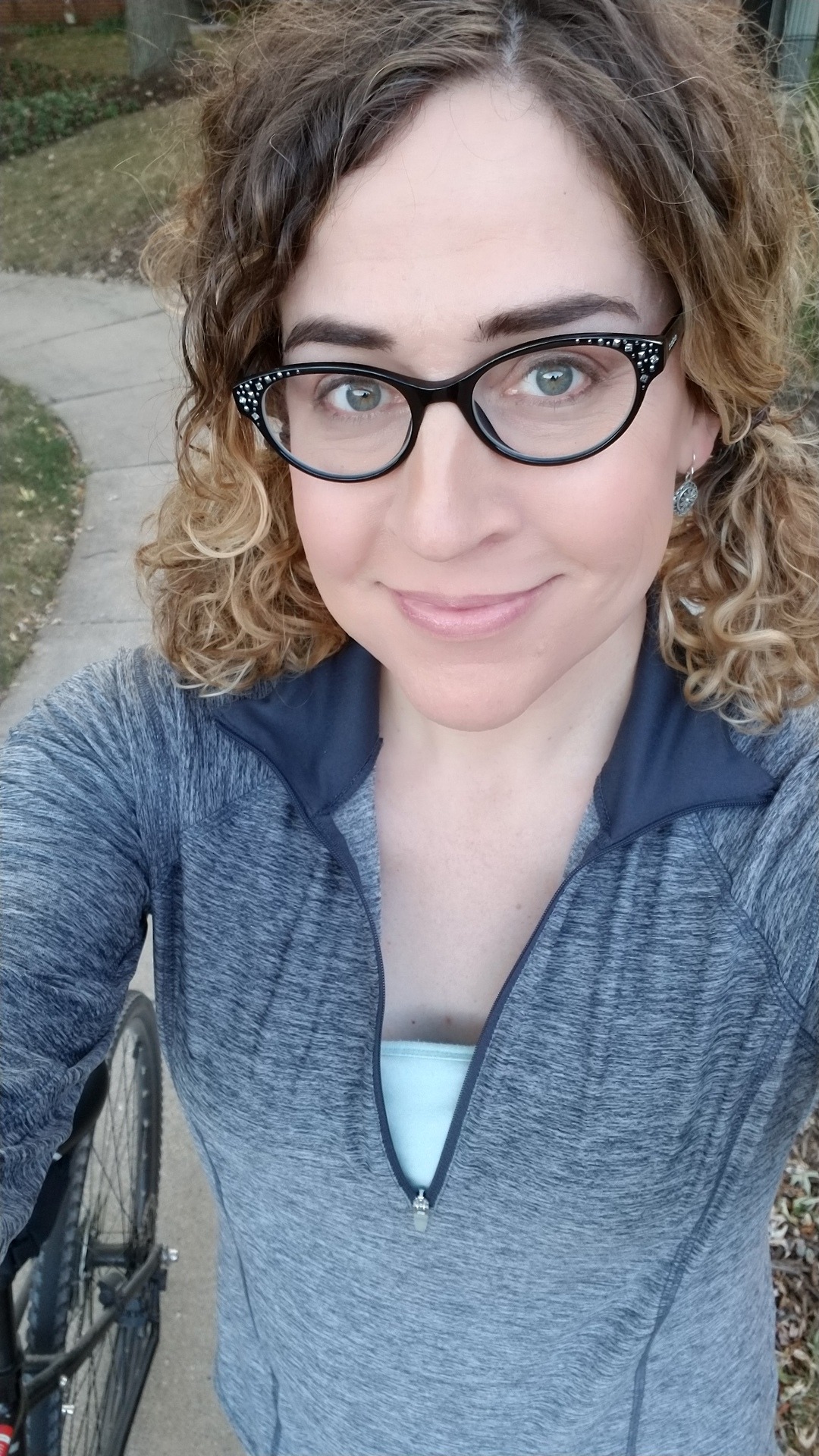 Uh oh.. the flirts!
So I went on a quick bike ride just after work. My hair was all wind blown and I had very light makeup on. I was wearing what you see above and yoga pants. I needed to run to Target to get a few things for dinner (I live about a mile from one). I decided to go just as I was dressed after putting on a little more shiny lip gloss.

Anyway, I was picking out one of those pre-cooked roasted chickens.. and I was also reading the label because of my gluten and dairy restrictions. I heard a voice but since I was reading I literally delayed processing what they had said until I finished the sentence I was on. I looked up while thinking about what I had heard and saw a guy with his back turned walking back to the kitchen area behind the counter I was at. He had said, “better pick one out because I made them especially for you.” There was no one else there. The guy was flirting with me and I had totally missed it.

I lingered for a moment kind of flabbergasted that I had missed it in real time and he reappeared with a smile on his face. I just smiled back, nodded and said “thank you” 🙂

He was large, as in built like a football tight end and had a shaved head and beard. He was not unattractive and was obviously somewhat confident.

I went about my shopping and saw him glance at me again while I was grabbing a bag of salad. Eventually, I was all done with my shopping but realized I grabbed the wrong size hummus for the coupon I had so I went back to the same general area where that had all happened. He was back behind the wall again apparently so nothing else happened. I went to check out and glanced all the way back to that area and saw him looking over at me again, he saw me look and he smiled again. Doh!

I am still not sure how I feel overall about these type of events, but this one just kind of made me feel good. I was not “looking my best” and someone just outright noticed me, flirted with me, then showed continued interest.

This target is my local target, so there won’t be any avoiding this guy.. I really love my hummus.