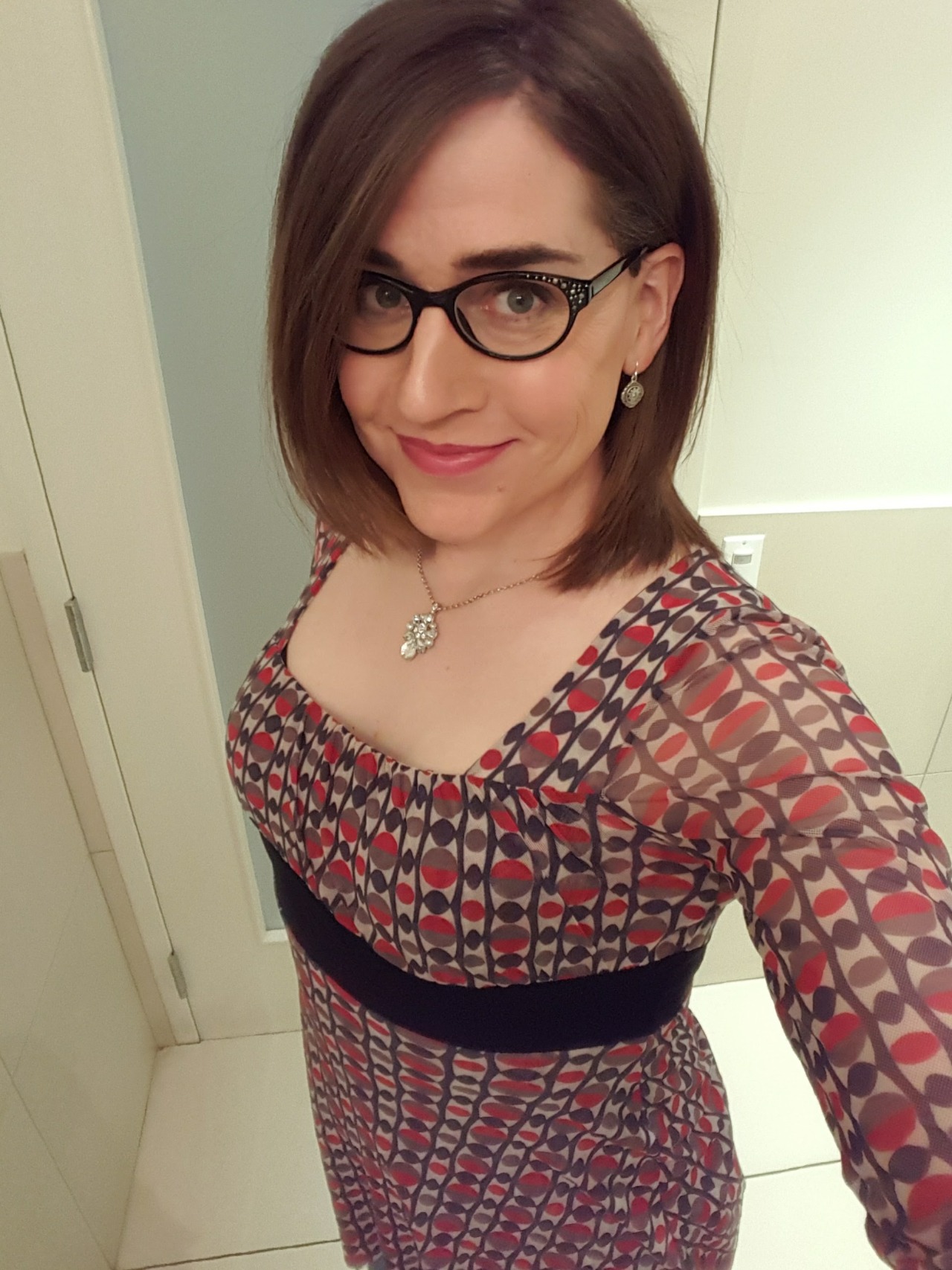 Ari Beats the Gatekeepers Part 1 or.. Ari Knew She Was Right So She Went Around Those In Her Way

Unfortunately, due to the lack of clear guidelines and training in all levels of government regarding policy on transgender name and gender changes.. transgender people need to be prepared, they need to know more than ‘the supervisor,’ they need to be polite, but confident and assertive, and maybe someday, the gate-keeping will stop for all of us. Well, we can dream!

Today was a difficult day filled with aggravation and disappointment.. however, today was also a wonderful day topped off with a victory over red tape and a would be gatekeeper.

If you have been following my story long enough, you may remember I legally changed my name and updated my driver’s license and social security card information in May of 2016. Well, I was also in the midst of my divorce during that time. I wanted to apply for a passport since I never had one before. I filled out the paperwork over the summer and set it aside. I wanted to be able to apply with the divorce date filled in so the records were accurate. I decided, “no rush, I can wait until my divorce is final.” I did not anticipate it taking 11 months for my divorce to be final. It was not contentious.. my ex and I handled ourselves in the best manner possible in my opinion. Still, due to all of the built-in delays (30 days to respond here, 30 days to respond there) and some rather inept lawyer-ing from her representation.. it took 11 months!

Guess when it was finally final? The irony.. it was Inauguration Day! That’s right, I waited to send out my passport application due to that one little box not being able to show that I was legally divorced and in doing so, I am one of the transgender people now holding my breath to see if I sent it in time. In time for what, you ask? In time to be treated like a human being rather than be treated like a criminal by the wretched hive of scum and villainy that is now the white house.

Anyhow, one of my loved ones had to be admitted to the hospital on the 19th, just one day before my divorce was final.. this threw a new wrinkle in things as I took the needed time to care for my loved one. She had to be top priority. My passport application waited another two weeks for me. (My loved one is due to be released tomorrow – yay!!!)

Finally, yesterday I went into my local post office which is also an acceptance facility for passport applications. I asked the woman working the passport desk to take a new photo for me because the Walgreens employee made me look like a grandma in my first attempt at getting an acceptable picture. This woman had kind eyes and she was also very knowledgeable and patient. She went through all of the paperwork I brought… my physician’s statement, my legal name change court order, my photocopy of my id.. then she paused..

“Is this the only birth certificate you have?” she asked. I said, “Yes, Why??” (as my heart began to sink)

“I’m sorry, but you need the long form and this is the short form. They will reject it immediately if your parent’s names are not on the copy.”

My heart sank as she told me I could get a copy the same day if I went to one of the Cook County Vital Records locations. I thanked her and decided I would just take the next day off (Friday) and take care of it. I double-checked the website when I got home and confirmed that the nice woman at the post office was correct. She had not given me bad information. I just missed that detail in my research.

I started Friday morning at the dentist getting my newly prepared crown put in place of the temporary crown I got 3 weeks ago. Once that was complete, I was off to the Vital Statistics room of the

Bridgeview Illinois Court House. Of course this involves going through a TSA like security (only not as invasive). They had the lines split for men and women. I of course went through the women’s line. They were nice enough and there were no issues. I found the right room, took a number and waited. I got called up to a station and told the woman that I needed a long form birth certificate. I showed her the short form one that I had (with my original birth name), my court order for my name change, and my current license. She started punching things into the computer then went to get a supervisor. Of course, I could already tell this was not going smoothly, but I hoped the supervisor knew the drill and knew that everything I brought was more than sufficient to prove who I was. NOPE! She told me that there was no way they could issue me MY birth certificate since my driver’s license now stated a different name. She said that I could be anybody. I had given her a stamped and sealed COURT ORDER for the name change and she told me she could not help me.

I was so dumbfounded by the inept logic that I did not have the words to argue as she handed me a form to fill out and ship to Springfield Illinois so that I could have my birth certificate updated (a process that takes 4 to 6 weeks) BEFORE they could help me. Of course, as you can tell from the title of this post, I knew this supervisor was wrong. I decided then and there that I would visit each of the 5 other Cook County locations that day until I found a supervisor that knew the actual guidelines. Of course, because of the extended conversation about my gender and my name change with many people behind me waiting for their turn.. I had about 12 pairs of eyes looking quizzically at me when I turned around to leave. That’s okay though, because I smiled at them all, knowing I was right and that this was not a true road block. I imagine I had a rather determined look on my face..

It turns out, I only had to visit one more location! That’s right, after another twenty minutes of driving, the helpful people at the nearby Markham, IL location sorted me out in a matter of minutes (well, after I waited in line for about 25 minutes). The clerk did ask for a supervisor, but she returned just to tell me that I should make sure to also send the right form to Springfield, IL so that my birth certificate would match my ID in the future. I promised her that I would. I paid for two copies of my birth certificate and thanked the woman.

I glided out of there, feeling like I had just won a major victory. I knew I had enough time to get to the post office and still get my passport application out that very same day. I drove straight there (an hour drive back by that point). It was the same woman who had to turn me away the day before. I said cheerfully, “Hello again! I have the correct long form birth certificate, although I had to go to two different locations to get it!” I explained what had happened to her and she basically shook her head and lamented that it was sad I had to go through all that. She carefully went through all of my documents and told me that everything looked good and that I was all set. I paid for expedited processing and my passport application is now on an airplane.

By this point it was late in the afternoon and I was elated to have all of that done, but I also had several stress knots in my neck. I looked across the street and saw one of the salons that I frequent. I decided to get a blow out (they also give you complimentary neck and shoulder massages). The girl doing my hair did a great job and had some suggestions for a cut as well. I plan to go back on Wednesday for a cut, but went with just the blowout for today.

The point of writing all of this out is that I hope it is helpful for anyone else dealing with this. Even if you have only one county court house you can visit, perhaps going on a different day and getting a different clerk will get you different results. It is unfortunately a toss of the dice every time we as transgender people have to deal with changes to identification documents.
Be in the know, do your research, know more than the supervisors, be prepared to politely but assertively stand up for what you know to be the correct process. You could also even suggest that they call another location to ask how they handle it if they are unsure.

I titled this post with “part 1,” because I am fully aware, that there is a strong chance that either my passport application or birth certificate update request will be denied. As long as one of them comes back as expected, then I know the next attempt should be the last to get this all finalized. Of course, Mr. Drumpf could sign an executive order on Monday that calls all of this into question and both of my requests could be halted. If that happens I will immediately contact the lawyer who represented me for my divorce (she is also a transgender woman) and together we will take on the U.S. Government if we have to.

I will keep standing up for myself and keep going to any lengths to make sure I am not denied. You should do the same ?

Reblog for the weekenders 😉