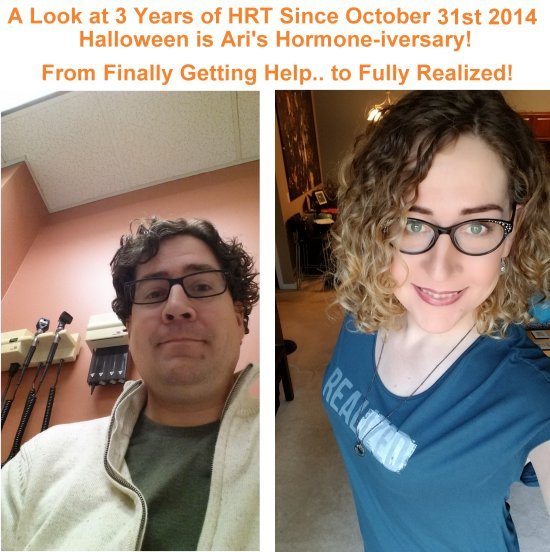 In March, my Kids tell me I can pick them up “As myself.” From that moment on.. no more boy mode! In May, I complete my official name change! I was also totally out at work by this point but I was working from home so I only see co-workers occasionally for major events or work trips. I have been out swimming again in both one and two piece (but still mid-riff covering) bathing suits. I published my first article as a contributor to The Huffington Post. I switched from electrolysis to laser hair removal on my face. By the start of summer, I have begun to see a therapist with the intention of meeting the WPATH guidelines for gender confirmation surgery. By focusing on being more social and going to meetups (thank you Meetup.com!) throughout 2016, I have built a network of friends in and around what I now consider my home town.

Just a quick Re-Blog to say thank you all so much for the kind messages. Thanks in part to your love and support today I am in a great mood and enjoying the day with my kids 😉