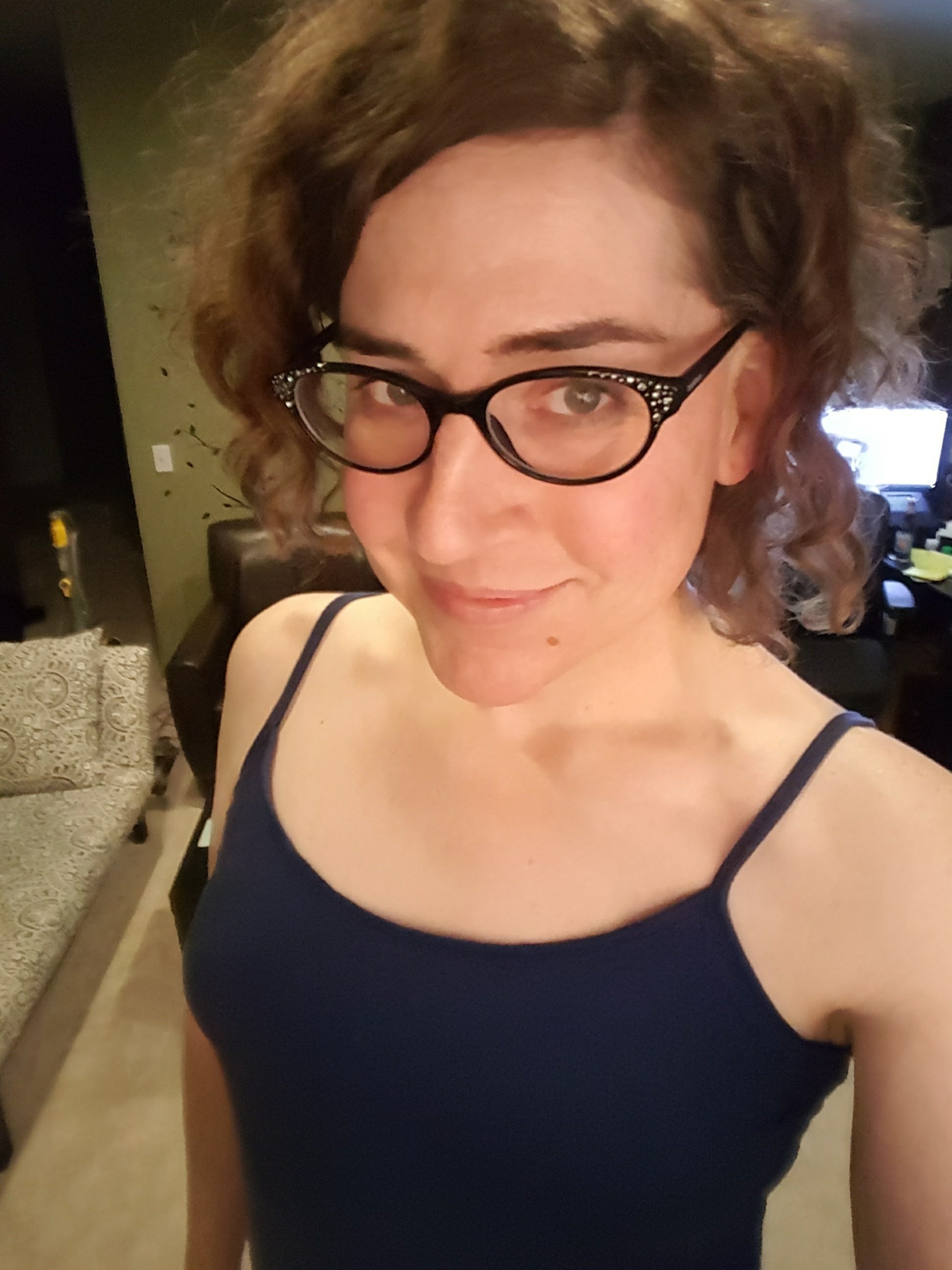 Posting something a little different tonight..

So, I like to geek out working on computers once in a while. I have built all of my own PCs ever since the day of 486′s 😉

A few nights ago, after working 2 very long work days in a row (development deadlines, and working with vendor support – i was literally pulling my hair out and it looks it!), I finally brought back to life one of my first loves in computing (not my first mind you – that was the Commodore Vic-20). My Dad brought home an Atari 800XL in 1983 (https://en.wikipedia.org/wiki/Atari_8-bit_family). I had already learned some BASIC (an acronym for Beginner’s All-purpose Symbolic Instruction Code) programming on the Vic-20 so I continued to mess with programming on this beauty too. Of course, my brother and I played games on it more than anything because it was basically like having a kick-ass souped up Atari 2600. Above you can see it fully functioning again and my over-worked makeup free happy face 🙂 If my techie geeky fun at all interests you, please read on and find pics of what I tried the first night I brought it back out…

I have many disks for it still (5.25″ floppies of course!). It only took a basic cleaning to get the system up and running, but at first the disk drive was not reading any disks. I remembered that when I later shifted my focus to my Laser 128 Apple IIE clone it was because the Atari was getting flaky and not always loading disks. It turns out after all of these years it would not read them at all. At first I thought the option button might be bad on the Atari itself (you had to hold the option button to load most disks depending on the software), but I cleaned the inside of that and it seemed fine. I opened the disk drive and it was easy to see that the belt was way too loose. The rubber had not aged well.

I cleaned the inside (above) with a little rubbing alcohol. This machine was stored in my parent’s basement for many years and it flooded 3 times during that period!

So, I searched online and found a place that sold replacements for only $8. I had to wait a while and they sent the wrong one at first 🙁 They sent a replacement for free though. While I waited for it to arrive, I decided to key in a sample program from the old manual that came with it (since there was not much else to do with it until I had the drive belt)..

The sample program shows off an 8-bit graphics rainbow 😉

Pretty cool huh? Anyway, the drive belt did of course arrive and that is why I posted the two pics at the top because I was so happy that even the disk drive worked perfectly once I put the new belt on.

Here is a snippet from the owners guide about the baby steps of the start of the internet.. and yes I used to be on Compuserve and Bulletin Board Systems with 2400 baud modems…

One last note.. if any of you actually read all of this and find it interesting, you should check out AMC’s show “Halt and Catch Fire” – it is about the personal computer boom in the 80′s and it is awesome. It is one of those dramas where the main characters are all a little nuts in their own way, but they are all incredible people too. It is well acted and the nostalgia and retro feel is awesome!

Let me know if you guys like this stuff. I will be posting occasional retro PC stuff like this once in a while just because it is fun for me 🙂 In the next one I will show you some screenshots from a game that used to make me jump out of my seat because it could get so tense.