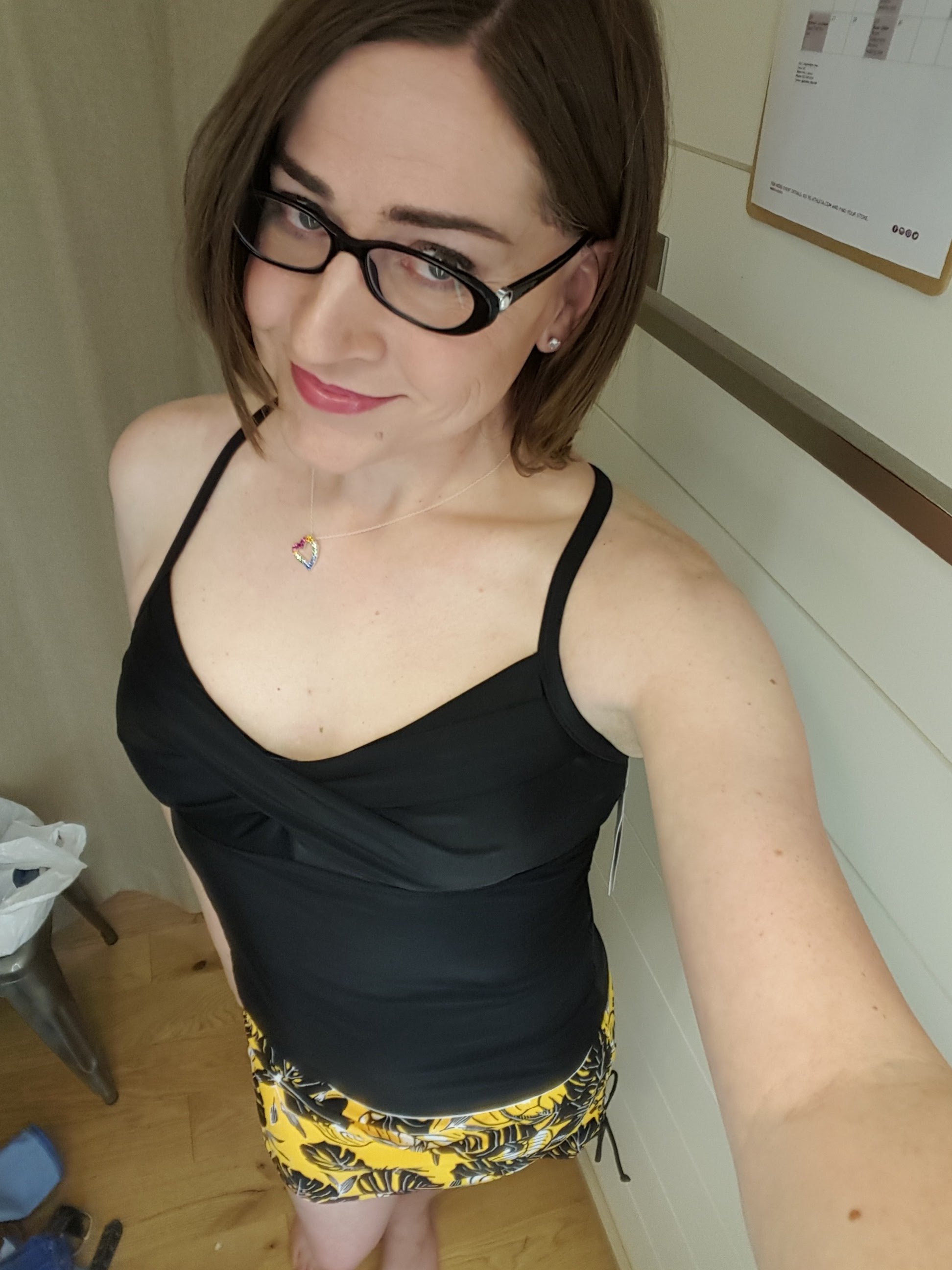 Finally went swimming again 🙂 Last weekend was my daughter’s birthday. She wanted to go swimming as a fun thing to do for ‘her day.’ I have not been swimming in years. Mainly, it was because as my dysphoria grew I was simply uncomfortable being the “old me.” Then, there was the whole awkward period while beginning to transition, etc.

For a while now, I have been at the point in my transition where I just don’t really care if people figure things out as long as they still mind their own business. I don’t necessarily care if I “pass” or not, I just don’t want confrontations in front of my kids or anything negative to happen in front of them. Their progress in accepting me is amazing and I do not want some bigoted jerk to ruin that. I decided it was finally time to just get over it though and we swam at the pool at my apartment complex. There were quite a few people there, but I had no issues and even spoke with a couple of the people there (with still no issues). At the time, I only had the purple suit shown in one of the photos (I stole my daughter’s sun glasses for the selfie, lol). While I felt okay wearing the purple one-piece, I needed to wear swim shorts over it just to be safe. The one piece always felt like it was tugging too much on the shoulder or inner thigh so it was just “decent” comfort-wise. Since tomorrow (6/18) is my birthday, I ended up buying myself a new suit earlier this week. It is two pieces, a black swim top and yellow patterned swim skirt.

It turns out I got it just in time because a girlfriend of mine just invited me to a 4th of July girls-only swim party!