Time to Party: Ari Howls at the Moon 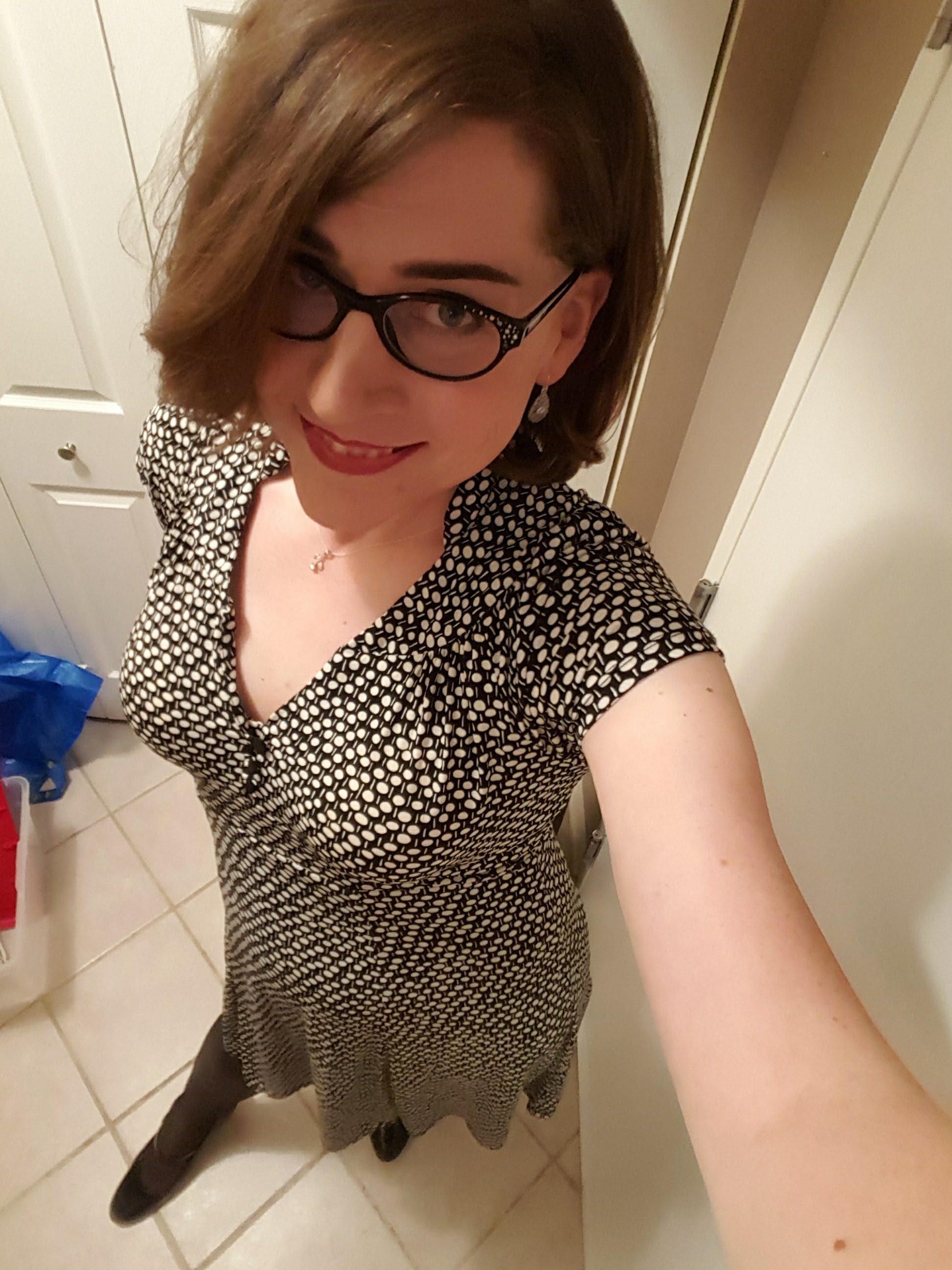 This was an Epic night out. I have wanted to write about it for far too long. It consisted of much celebrating, some adventure, some peril, and the building of another friendship.

A group of the girls from my Meetup group were planning a special birthday outing for our friend Mariela. The destination.. Chicago.. the place.. Howl at the Moon Piano Bar.

I volunteered to pick Mariela up because I was the closest in proximity to her and we didn’t want the birthday girl to have to be a designated driver. We met at a local parking lot and packed into two vehicles for the ride to Chicago. But first, the birthday girl needed her sash.. We parked in a public garage walked a couple of block to Howl at the Moon. There were a couple of random cat calls, one from a passerby and one guy from a car yelled.. “Oh my GOD!! Where are you all going to?!” Yikes! We continued on without answering and made it to the piano bar.

We had a reserved table right up front by the dueling pianos. It was so cool. The artists were incredible, the singing was on point and they could play literally anything and make it sound great. They were taking requests all night.

Here is our group from that night: If you can’t tell yet, the lights kept changing color there all night. It made for a great party atmosphere, and party we did! Eventually the performers called Mariela to the stage to celebrate her birthday. I took this picture real fast and then I was up there dancing with them! At one point, I walked with one of the girls to the restroom. As we were walking over there this random guy who was quite drunk shoved his backside toward us and almost knocked me off of my feet. He gave me this twisted smile like he had just made some sort of “baller” move. I gave him an exasperated look and shook my head as I continued on to catch up to my friend. What a jerk.

About 30 minutes later I saw the same guy still sitting across from us behind the stage and he was just staring into space with his mouth hanging open watching people dance. He was so out of it and thankfully he and his friends stumbled out of the bar a few minutes later.

It was an amazing experience at Howl at the Moon, but it was time to move on. Our fearless group leader, Jessica told us of a quieter location that we could continue the night. It was a real speakeasy from the prohibition days. It sounded like a fun idea so we decided to walk over there. On the way though, two of the girls wanted to stop at an ATM. The rest of us waited outside for a bit. Here is one point where the night could have taken a real turn for the worse..

A homeless man walked up to us and one at a time he asked each of the us for money. We were standing in one spot for far to long by that point, and I was not about to pull out my wallet then and there and everyone else had the same thought I think and tried to turn him down politely. He was starting to ask personal questions and I was getting a little annoyed and wanted everyone to be able to get past him to continue our walk. I told him more firmly, “Look, everyone said no.” My voice got more serious and deep and what happened next is funny in hindsight (but it was not at the time..). The poor guy shook his head rapidly to the right as if someone had slapped him, took a half step back, looked me up and down and said.. “Do you mind if I ask you a personal question?” I answered in a more sweet but loud tone.. “No!” As I inhaled sharply ready to respond to the next likely question. He put his hand up to his mouth like he was deep in thought and he started to say.. “Are you..” – A hand grabbed my shoulder and gave a slight push in the other direction.. it was Jessica and she said out loud to no one in particular.. “Aaaand it’s time to go!” She also told him rather sweetly “goodbye!” as everyone shuffled quickly past him and he stood there looking dumbfounded at all of us. He was basically at the brink of loudly asking if I was a “man” or “dude” or who knows what. My friends came to my rescue.

Later on the next day when I thought about this, I cried. I wasn’t crying because a random homeless man was going to be rude to me. I cried because I had a group of friends that looked out for me, defended me, and put themselves in between me and a potential situation. I cried a lot actually, but it was a happy cry. I love you girls 🙂

Unfortunately, it was only moments later that something else happened. As we were approaching the Speakeasy location, a group of guys were stepping out of another bar and saw us all walking by. They eyed up each of us. Unfortunately, I was pulling up the rear of the group with another girl. Our feet were killing us by that point and I must have been walking like a truck driver, because to be honest several of us were walking like we were bow-legged by then. Two of the guys stepped forward trying to intercept the last two of us. I flashed them a “Don’t even try it” look. Again.. in hindsight, this is now kind of funny.. but what a friend of his behind him said was anything but funny to me at the time. He said in a thick hispanic accent just loud enough so I could hear him.. “No, dude(referring to his friend).. Not a woman!” His friend stepped back, his masculinity suddenly called into question and I heard him mutter something to the effect of.. “Yeah I was gonna say..” as if he knew all along. Poor guy!

Truck driver walk confirmed. Or maybe it was the look I gave them. The fact that they figured out I was not quite like the others saved the other girl and I from being blocked and cut off from our friends who probably did not even hear the exchange. Honestly, this was indeed a good thing, but of course I ended up having to fight back some dysphoria because of it. It was a single negative moment in an otherwise amazing night.

Finally, sore feet and all, we made it to the Speakeasy. You had to know that there was this staircase off to the side of the main bar and you would be let down into the speakeasy. It was a relaxing place to end the night. and we took our time chilling out before heading back to the vehicles.

For the drive back, it was just Mariela (the birthday girl) and I in my car. We had the farthest to drive so we rode together. We talked the whole way back. She expressed how happy she was to have spent the evening with all of us and I told her how grateful I was overall just for being a part of their group of friends. She spoke a ton of encouragement to me on that ride. She told me that I was no doubt a part of the group and that I now have a group of girls that would always be there for me. She was so right as that has been the case since. I am so grateful.

I dropped Mariela off and headed home. The final pic at the bottom of this post was from 3:15 in the morning. It was a night definitely to remember! Mariela and I also grew as friends threw this experience and I am so happy about that. She is an amazing person.

The following is a Photo Bomb of the selfies I took. I was happy to be dressed up and going out with my friends so I took A LOT of photos that day. I also loved my dress that was purchased from Goodwill for only $5.99!! – the very next picture is an earlier pic (from 8/26/2016) included for proof! I love thrifting! Dress picked out weeks in advance! Just having fun getting ready.. here you can see the heels that were not quite broken in.. they sure are now! I even attempted some sultry poses… then back to my more standard selfie poses…