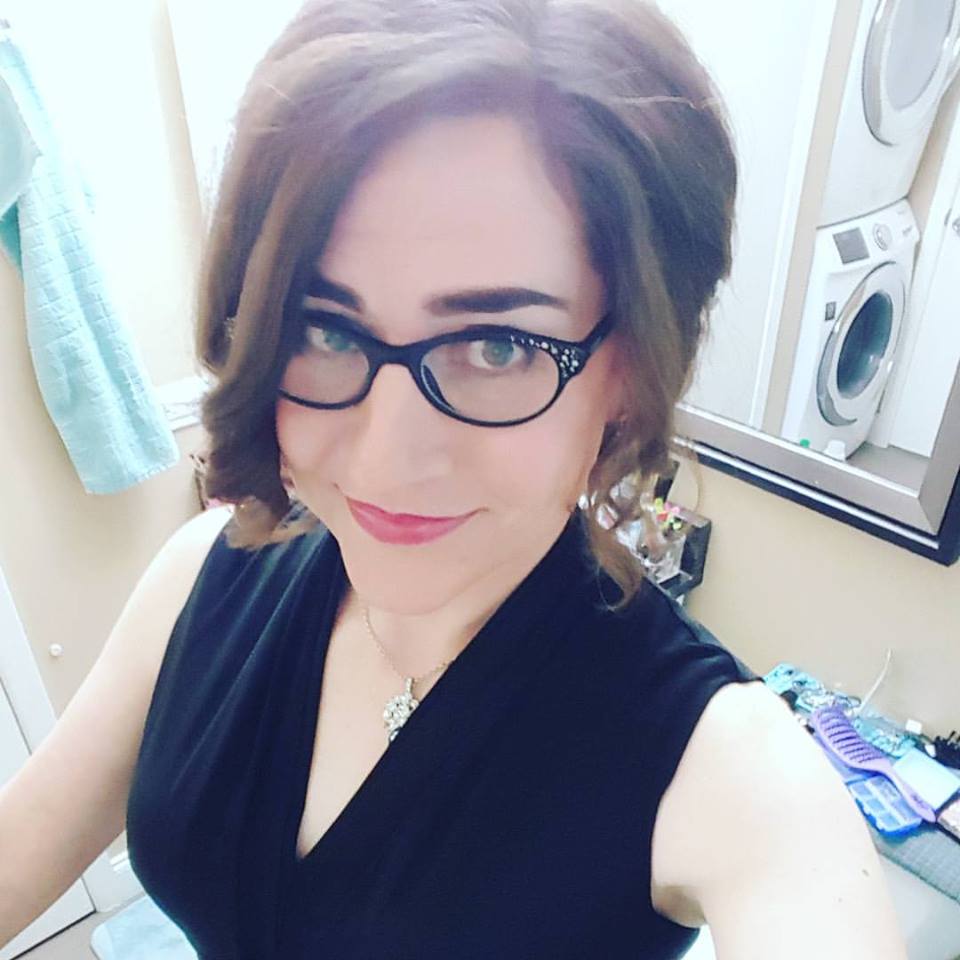 Happy New Year! The Year of Ari comes to a close!

I will do my best to try and express how amazingly happy I feel right now. Last night, I hosted some friends at my place and we also went out to see an 80′s cover band to ring in the New Year. This past year truly was the Year of Ari. I first used that phrase one year ago on Dec. 31st 2015 anticipating somehow finally being able to live as my true self in all aspects of my life and for the rest of my life. IT HAS HAPPENED!

I started 2016 living on my own and ringing in that new year all by myself in a little one bedroom apartment. My spouse and I were separated and the divorce that we decided on was still yet to even be filed. Furthermore, while I was finally able to live as myself most of the time, I would be in boy mode (although somewhat androgynous) whenever I was with my kids as I was trying to let them have time to adjust to my transition. I also was in boy mode whenever I visited my parents. I was only out to a few friends, my immediate family, my parents and siblings, and I was not out to my extended family at all. I was being left out of extended family functions. I was still using my old name and old identification documents. I was not out at work and terrified of beginning that process. I did not want to lose the job that had become a career of over 16 years working for a company that was based in Alabama where there are no protections for transgender workers (though I live in Illinois and work from home). By that point in time, the lack of friends and living mostly alone in my new home was weighing so very heavily on me.

I started to be intentional about making new friends. Joining Meetup and using it as a springboard to meet people and make friends was one of the best decisions I have made. I joined a women’s group and they accepted me as part of their group with many of them becoming close personal friends by this point. I joined a dungeons and dragons gaming group and made two of the best friends I could hope for from that group. In every group I joined and attended events with, I made friends that I now contact regularly and hang out with outside of the many awesome events to choose from that are officially organized by the groups. Being purposeful about being more social has changed my life forever. It helps of course that by this point I am also the happiest I have ever been with “me.” It is so much easier to be outgoing when you are just really being yourself with people.

The other highlights of my year are of course mostly about the milestones of my transition..

I am now out at work and as far as I know the first openly transgender woman working for my company. I also visited the home office in Alabama in November of this year and it went amazingly well (see that post for more).

My kids told me in March of 2016 that I could pick them up ‘as myself’ and I never looked back. Ariana was here to stay 100% of the time from that moment. I informed my parents that week that I had to be able to do the same with them and eventually Ari met them face to face too. They are still adjusting, but this Christmas they bought me an Amazon gift card so I could shop for whatever I wanted and they also threw in some beautiful hair pins just as a gesture recognizing who I am now.

My name change is complete.

My identification documents are all updated, including all financial records.

We have an agreement on my divorce and it will be finalized this month.

I am out to my extended family and have seen some of them in person now as my true self. I anticipate being included in family functions on a regular basis this year.

I of course made the big Facebook announcement during the past year too and had to fight some battles with a few bigots from my past of growing up in a small town. I did not let them make a dent in me and one person even wiped out all records of an entire conversation because he realized I was winning the argument and people were jumping in to defend me (even though by that point I really didn’t need it) 😉

I launched this website to try and be a public advocate for the transgender community. I published a couple of articles on HuffingtonPost.com and plan to contribute more there as well. Through my website, my twitch.tv channel, and of course through my longer standing tumblr blog (love you all!), I have met many amazing gender non-conforming people who contact me to cheer me on, say thank you, ask for advice, offer me support, and together we just help each other learn to live our best lives.

2016 was a horrible year in many ways. However, even in the midst of all that can go wrong with the world, if you are intentional about connecting with people, and being the best version of yourself.. then you will begin changing hearts and minds within your sphere of influence. If more of us do that then this country and this world will continue to improve and 2017 will be the Year Of Hope!

My love to you all.

Here are a few more pictures from a wonderful and memorable night!