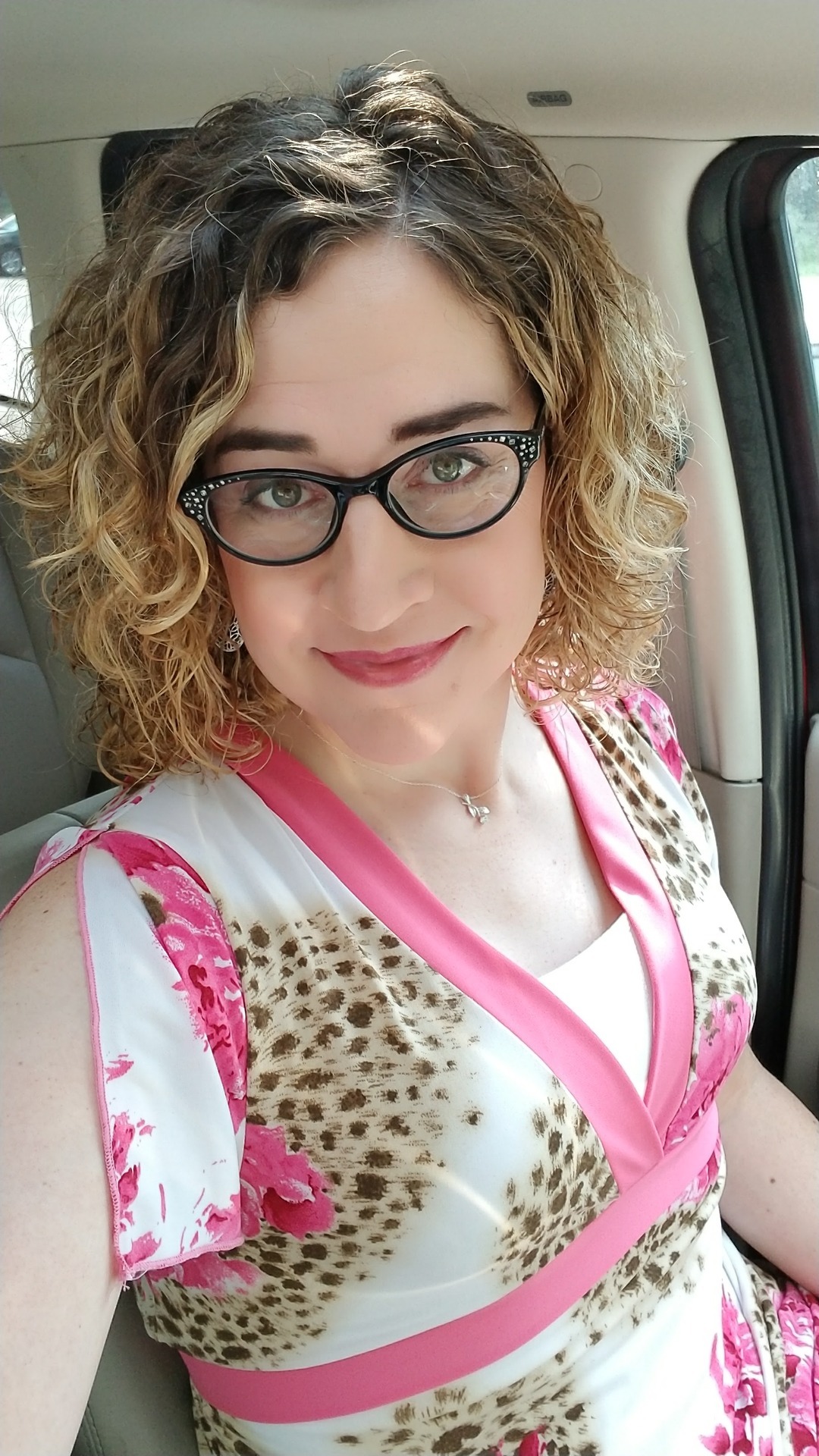 A few people messaged me and were worried that I might leave tumblr because there were some of my images stolen and used on a nasty blog that was selling feminization garbage… um no, not a chance!

I was just having a very busy week. As a result, I am going to do a couple of posts in rapid succession here to catch up. First, is just a Monday “Let’s go to the office” post. I dressed down for Monday this week, meaning I did not wear a dress to work 😉 Here are some pics of my outfit:

Monday was a fairly typical work day. I completed a development ticket item, answered some emails, and prepped a software roll-out, etc.

The other good thing that happened was I showed up to my office cube to see that IT support had finally setup my wide screen monitors 😉 I had standard teeny tiny monitors since my cube had been a hotel cube when I first rejoined my old team back at the office. A request had to be put in to get the new ones. As a developer running some of these display area hogging development apps, I desperately needed them. Yay!

That’s it for now, more posts to follow tonight!

*Okay, actually this was a dress, but it is too short to were on its own at the office so I paired it with jeans!