I have been sick most of the week. Rather than a nice extended vacation after my Vegas trip, I have been taking care of both of my kids and myself and sleeping as much as I can (all of us got sick). I also had to take my car in for emergency repairs yesterday. I had a brake hose fail and a stuck caliper which was locking up my front brakes that I had just paid to replace before my vacation 😥. The front left side brake pads completely melted! At least that part was under warranty but it still cost a ton to fix the rest. All together.. this has been a sucky week! I wish I could go back to the moment depicted in this photo. I was at a table at the Rock House surrounded by friends and celebrating 3 birthdays (one of which was my own). Regardless, I am finally feeling a little better and it is summer here finally. Time to pick myself up and start enjoying everything the Chicago area and its suburbs has during the summer! #clubwear #clubbing #girlslikeus #transvengers #blondehair #pinkpeekaboohighlights #peekaboohighlights #girlswithglasses #lgbt #happypridemonth #happypride #TransIsBeautiful #twitchaffiliate twitch.tv/maidenariana 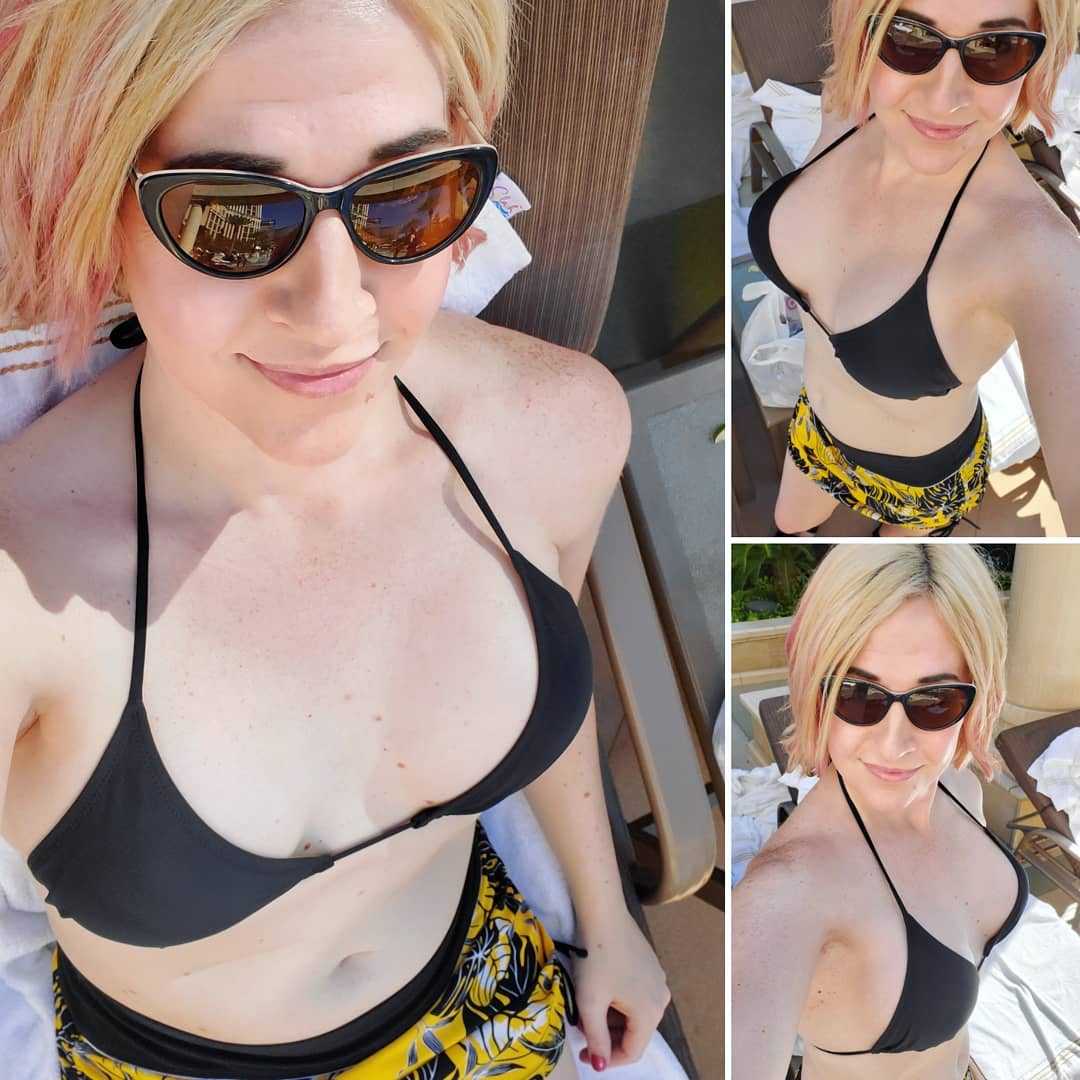 Ah bikini, bikini, bikini! I want to go back to last week! I’m at home sick. Just after flying home Monday, I was exposed to a nose and throat infection that is going around and my weakened immune system after traveling was beaten by it 😥 I should be getting a prescription later today to battle it. There are pool parties to attend! There is streaming to do! I am still on vacation from work, this is not how I am supposed to spend it 😣 #vegasimissyou #transvengers #cantkeepthisgirldown #girlslikeus #blondehair #pinkpeekaboohighlights #peekaboohighlights #lgbt #pridemonth #happypridemonth #happypride #twitchaffiliate twitch.tv/maidenariana