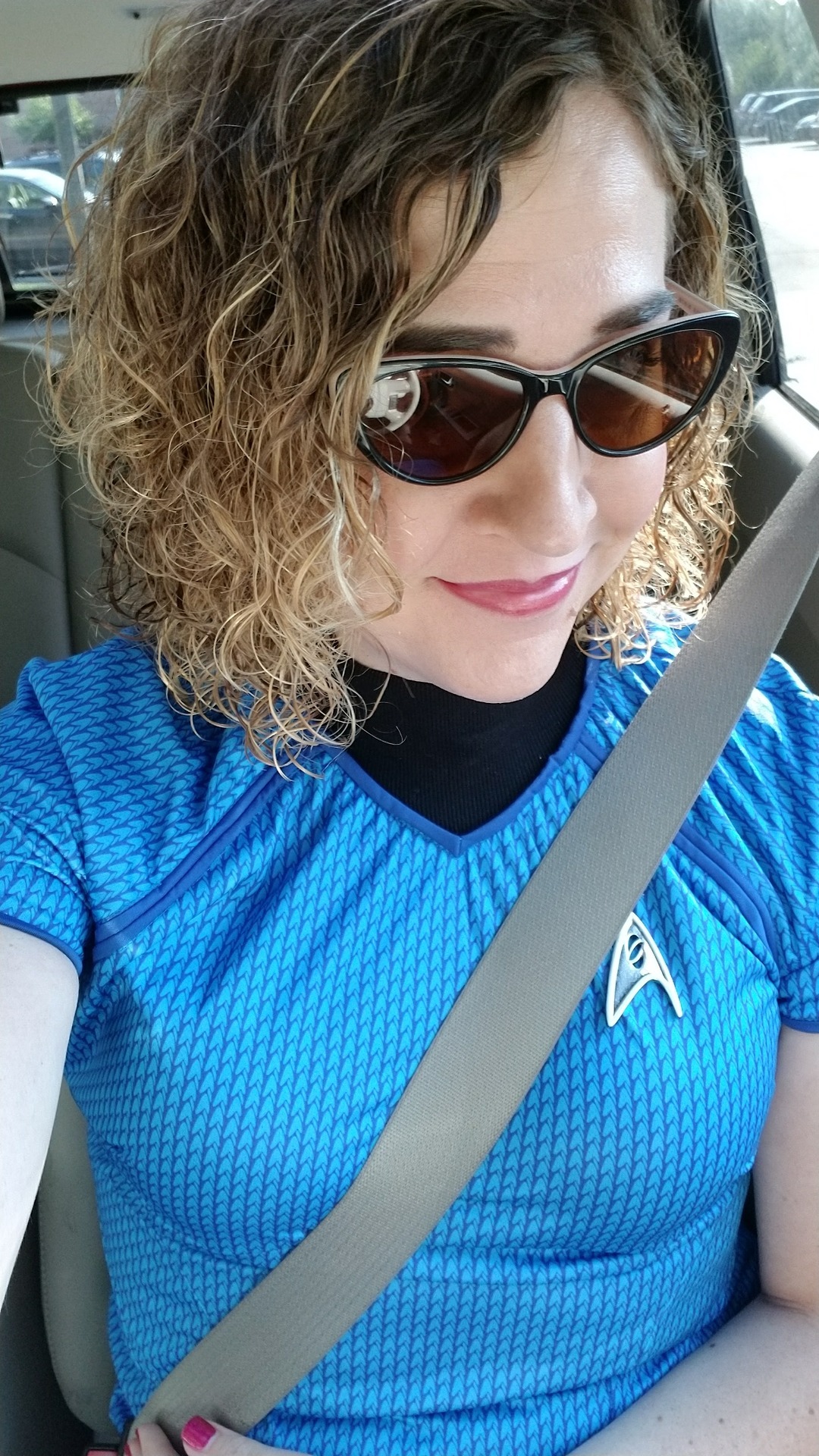 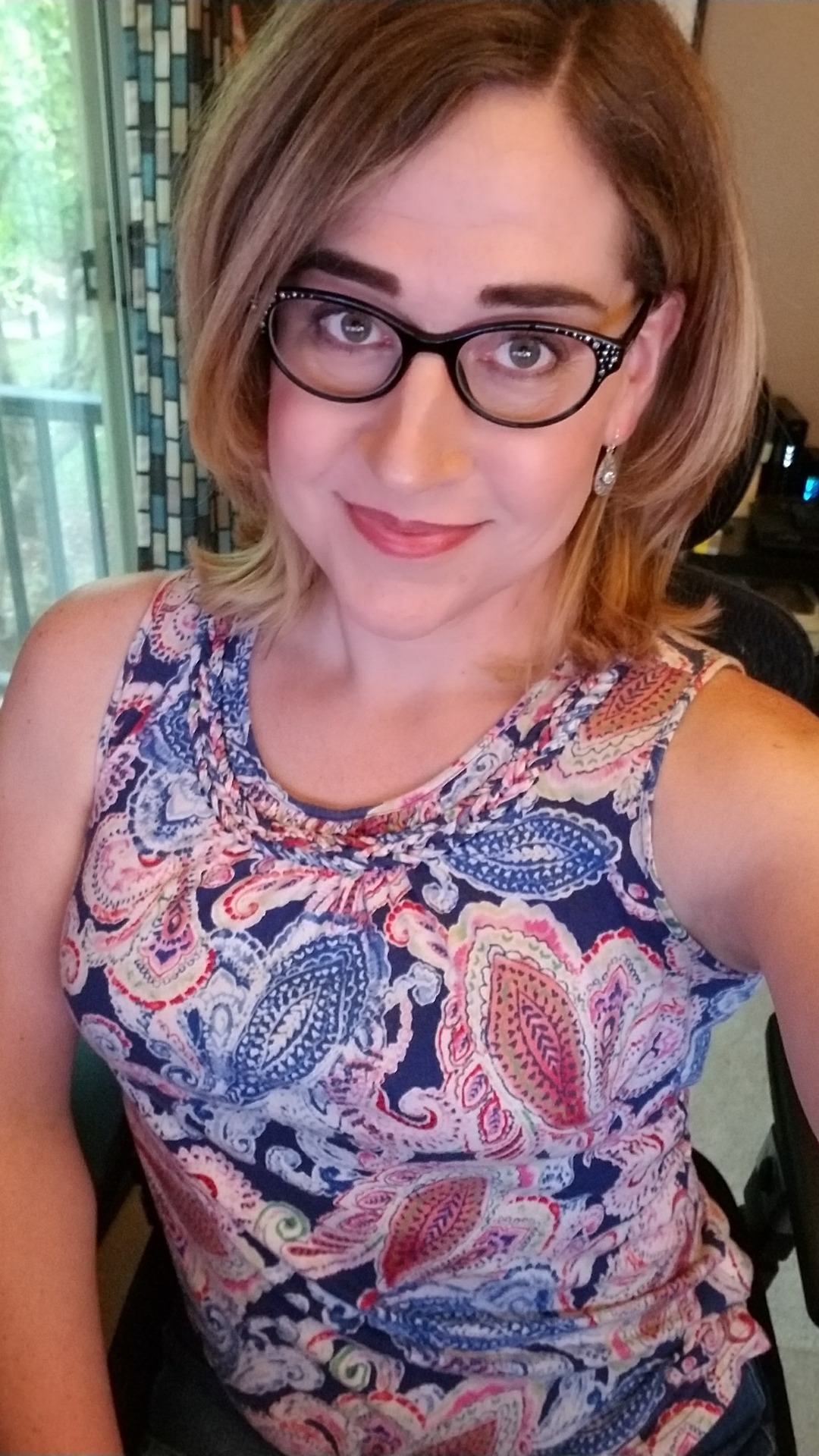 Stream will be starting momentarily, please join me if you can at  http://twitch.tv/maidenariana Wrapping Up My Seattle Trip Part 2

Where were we.. oh yes! Day two at my sister’s cabin on Hood Canal. I started the day by going for a ride in the kayak with my son. He commented on how we were so in sync and going ‘so fast’ so I guess I did a good job 🙂 He had been on it the day before with his sister. It was again a beautiful day so while it was a workout to do the rowing, it was also fun and relaxing since the weather was so pleasant (if it was really hot out I probably would have hated doing that!).

A little later in the day, my kids went out on the boat with my brother-in-law and my nephew to drop the crab cages in the water. I was not in my bathing suit yet and decided to hang back with my sister. Later that afternoon, I decided to go along when it was time to pull up the cages. This called for a quick change..

I was wearing my polka-dot swim suit, but put my swim cover dress on too because it was fairly cool on the water. I was glad I wore that or I would have been quite cold.

As we were hauling in the crab cages, we took turns grabbing the buoys. I left the act of pulling up the cages to my brother-in-law, daughter, and son because they all had water shoes and I did not (just my slip on sport shoes that I use normally for bike riding). Their feet were getting soaked as they did it 🙂 Also, I was on the front of the boat in nice lounging position so I decided to sit still and try to look pretty (bad joke about a hit song on the radio now).

As we were about to drive the boat to another buoy we saw a mama seal and her cub! They were twisting around each other and came partially out of the water only about 25 feet from us. It was so cute! We saw a ton of seals in the canal during our stay actually, but these were the closest ones.

We returned with 5 crabs that were of legal size to keep. Yes, I did eat crab that night. It was delicious with some melted smart balance butter.

After we got back, I began making dinner while my brother-in-law began cooking the crabs. He was planning to shell just a few to add to dinner and do the rest later. I made stir fry out of some thai noodles and veggies.

That night, we did more stargazing and satellite spotting. We also pulled out my brother-in-law’s telescope and looked at the craters on the moon.

The next day was more low-key for me as I volunteered to watch my niece so that my sister could go both tubing (being pulled by jet-ski) and crabbing. I did not mind at all. My little niece is six months old and she is beautiful and so precious 🙂 I fed her a bottle and she slept in my arms. Later she woke up and I read her a story but of course she was more interested in manipulating the board book’s pages with her hands. Eventually we got through the story though 🙂 She is such a good baby and only mildly fussy when she needs something. She also seemed to like her Auntie Ari very much as I can get her to smile just by catching her eye and flashing my own smile. I love her so much!

I also read a book to my nephew after I told him I read his sister a story. He is an equally amazing kid who is super bright and has an incredible memory 🙂

The next day, it was time to get up at 3:50 am to get ready for a flight that boarded at 7 am at the SEA-TAC airport. When I fly I always dress as nicely as possible as I find it helps me with getting through the TSA with no issues.

^^ Not bad for getting ready at 4 am, although you can see the redness in my eyes for sure ^^

My kids and I were able to go through TSA Pre-Check as I was assigned it randomly even though only one of them had it as well. As a result, we breezed right through. Our flight was again on time. I was very impressed with Delta. I actually enjoyed both flights and so did my kids. My son and I watched the first two Star Trek reboot movies on the monitors (one on the way out and one on the way back). He was obsessed with making sure we were on the same frame of the movie so we could enjoy the movies together. He is all about shared experiences and I love that about him.

We took an uber to drop the kids off at their Mom’s and then I used the same driver to get back to my place. On the way to my place, I decided to see if I could get in last minute with one of my local salons for a blowout on my hair. I knew I would be exhausted the next morning and wanted my hair to be a non-issue for getting ready to go into the office. The salon I normally use was booked so I tried a new one and I thought she did a great job, it was also cheaper than I am used to paying!

Well, that wraps up the recap of Ari’s vacation. I am ready to take on the week and also ready to get back to streaming on my Twitch gaming channel starting Wednesday night. I hope to see some of you in the channel chat!

By the way, today marks 33 months on HRT for me – just a little side note!