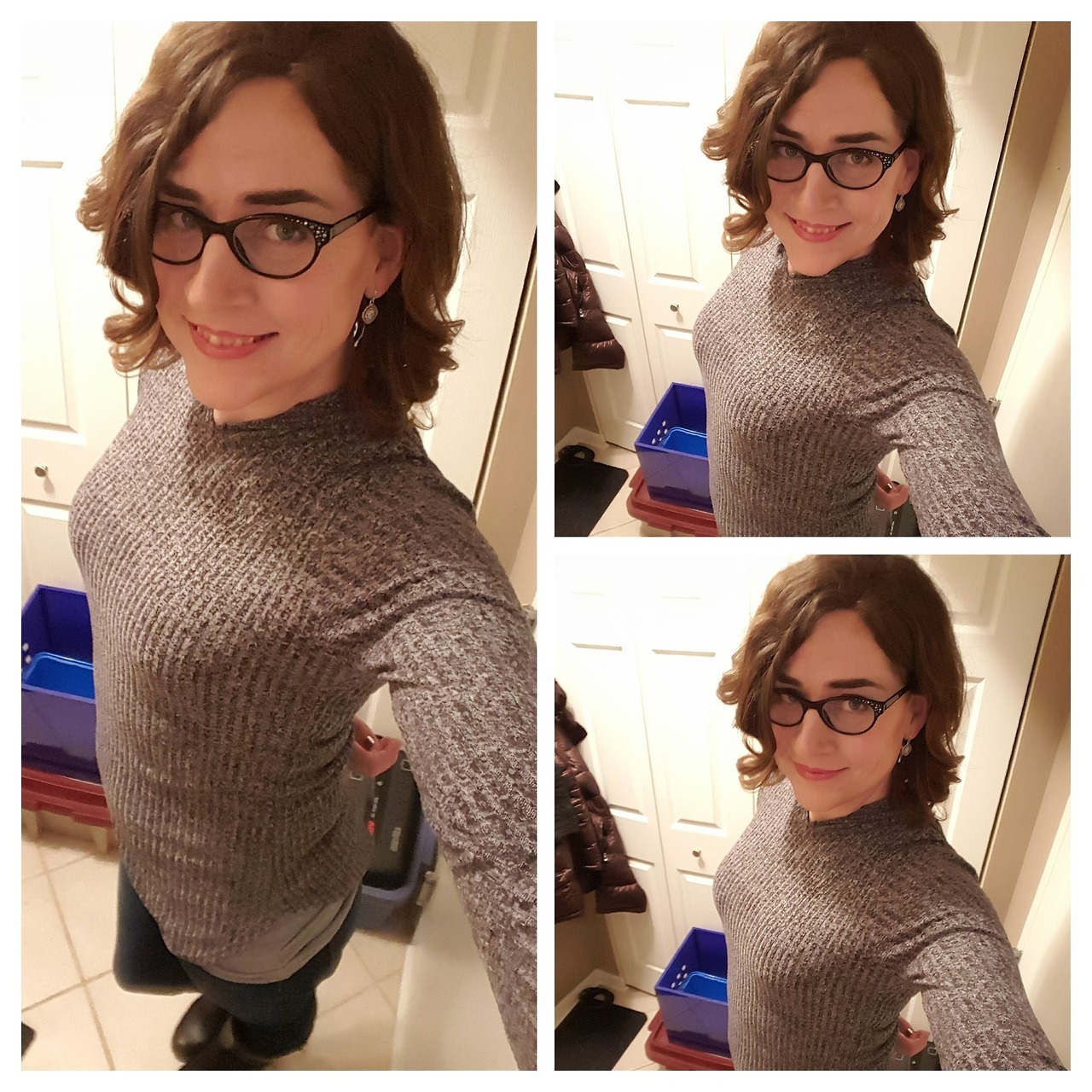 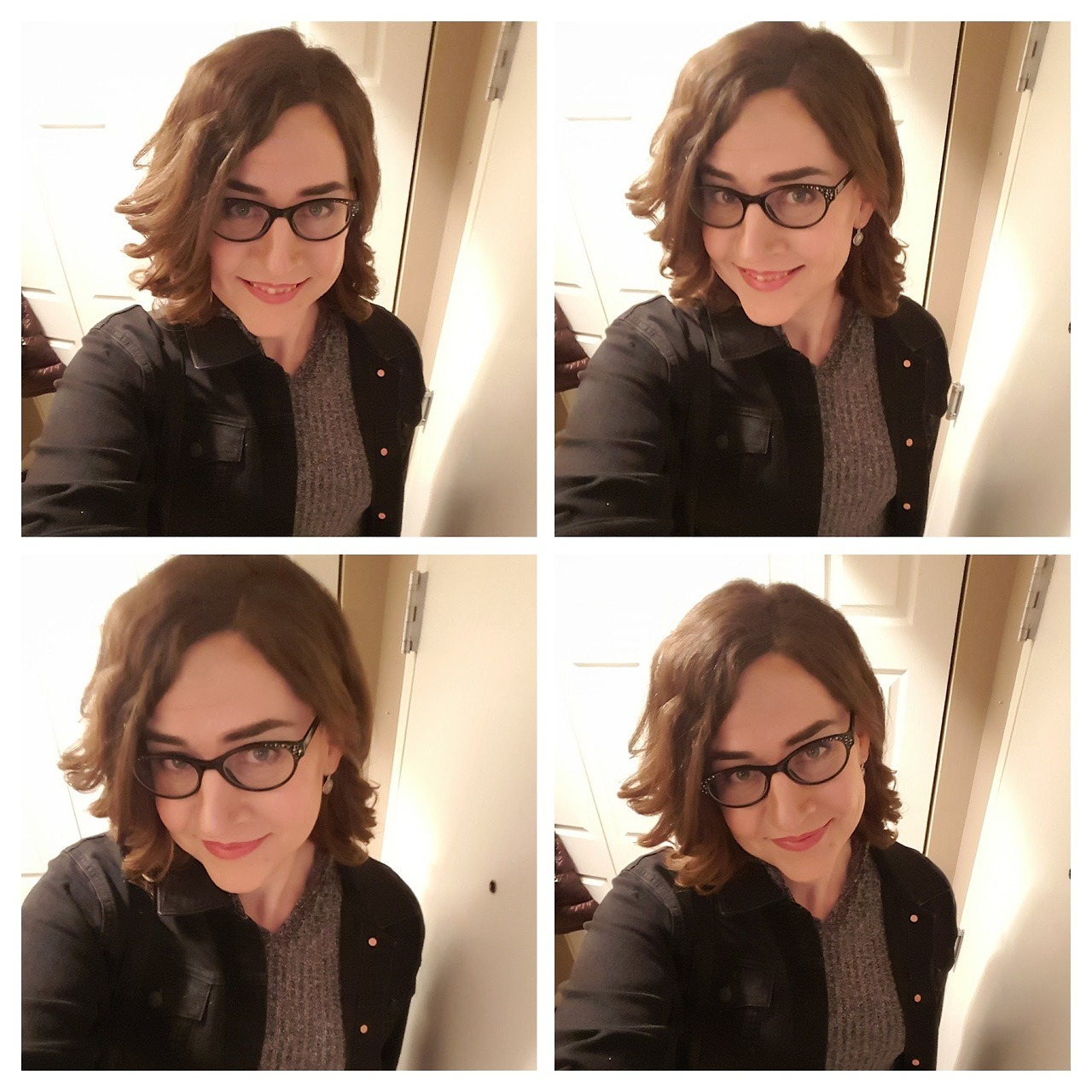 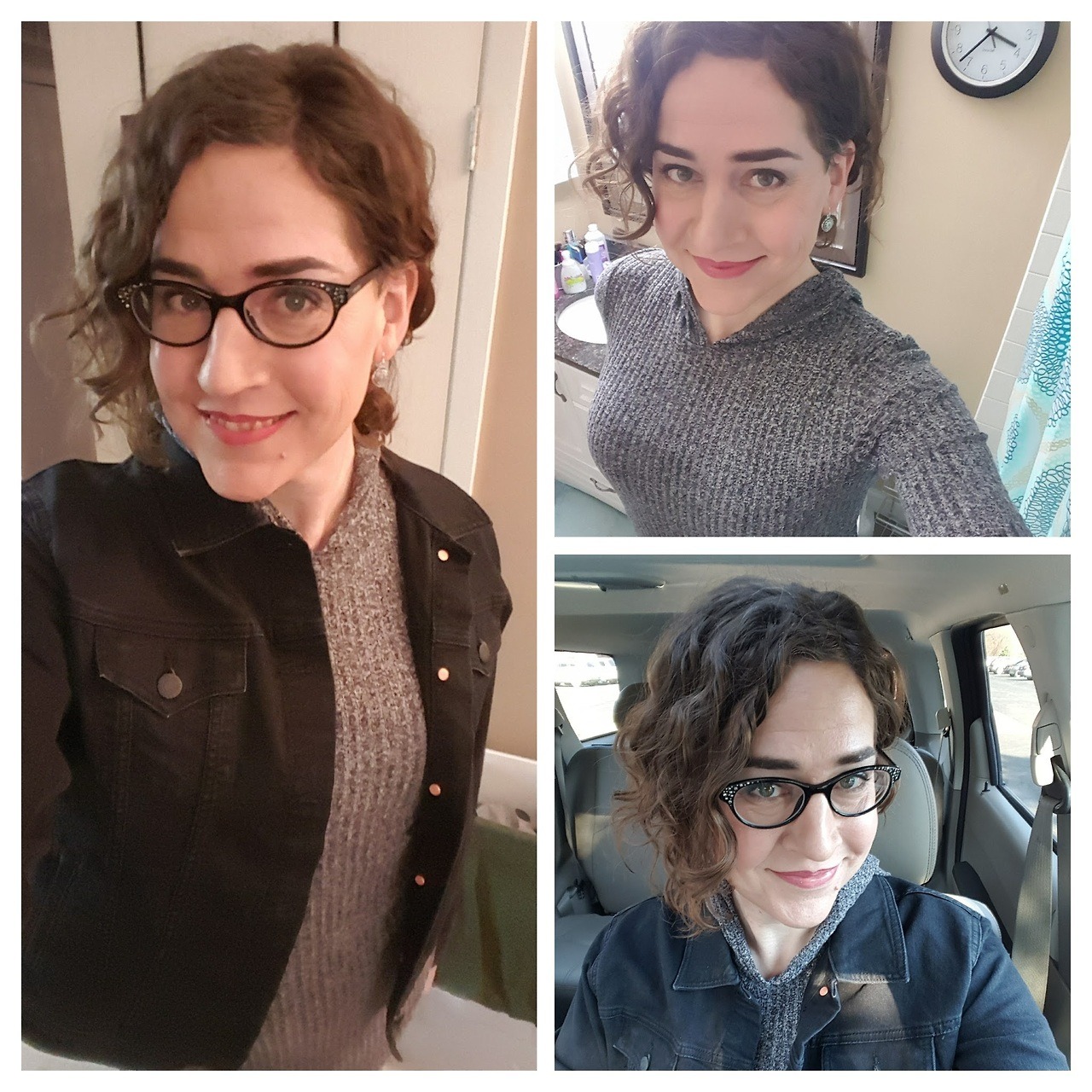 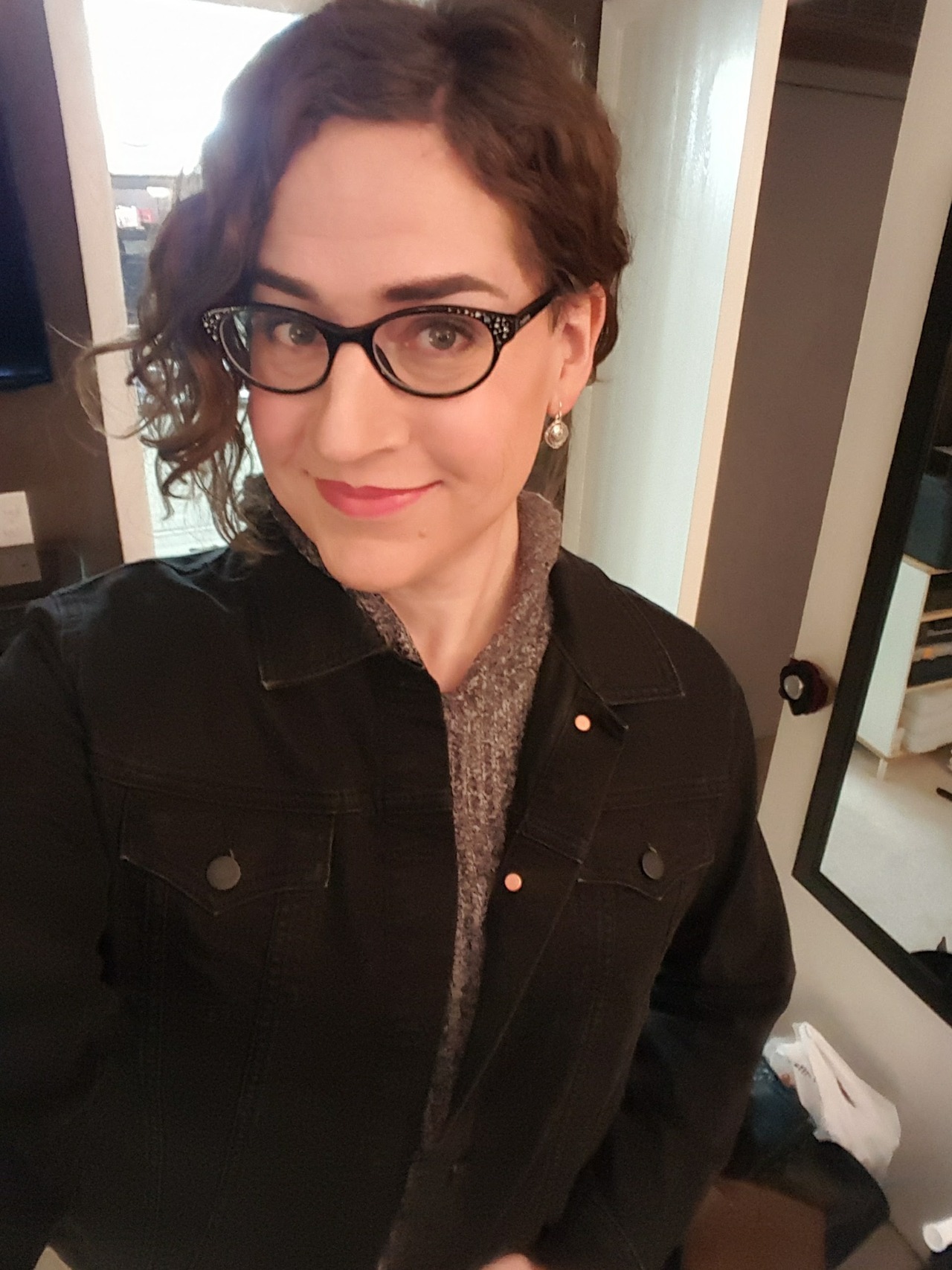 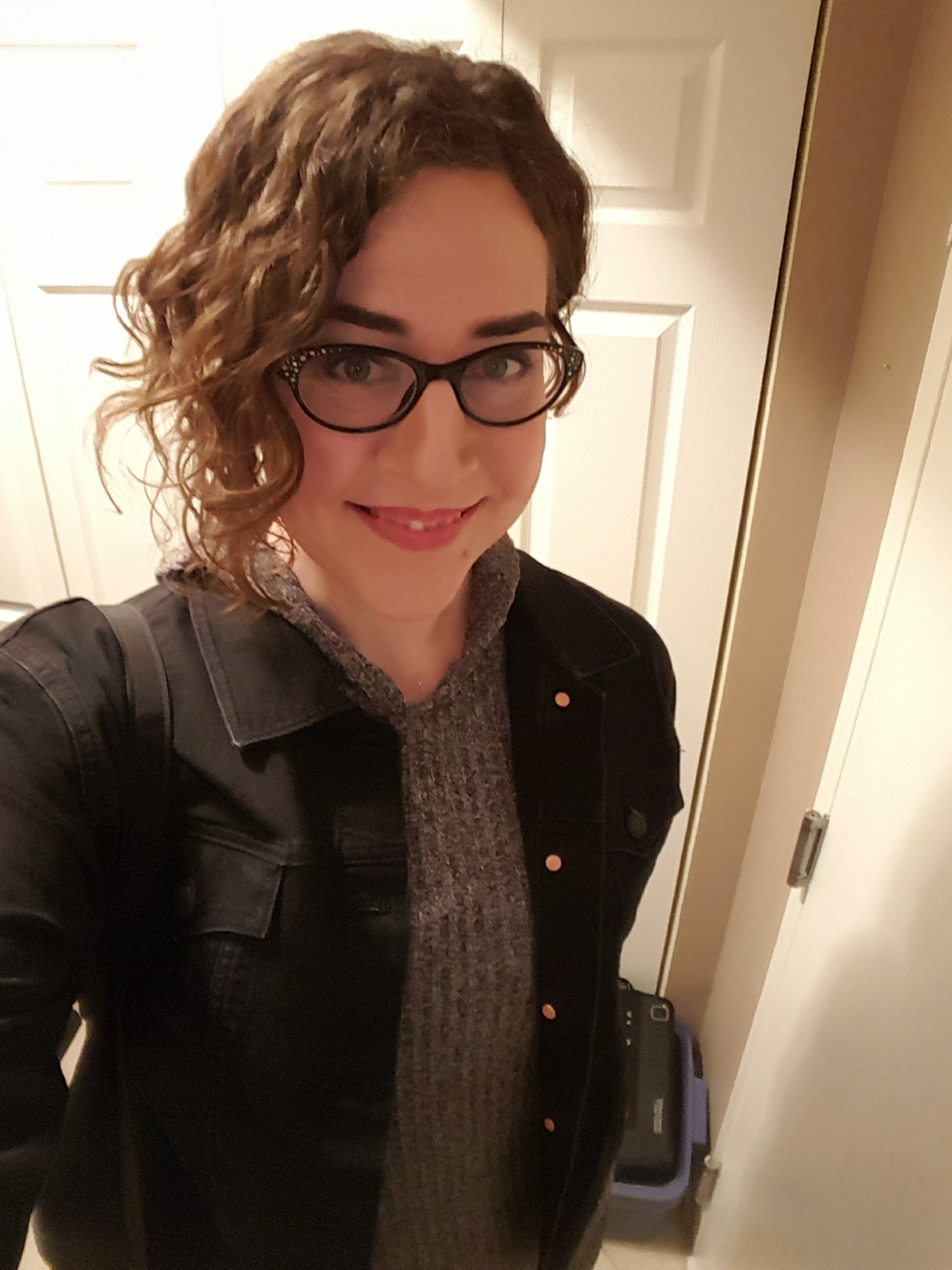 I had a blast this weekend. I took my kids to see Beauty and the Beast on Friday. It was amazing 🙂 Then, on Saturday I attended a Pajama, Pizza and Pinot Party at my friend Megan’s house. It was a great night with 11 women playing games and getting a little crazy. What happened at Megan’s stays at Megans! 😉

Finally, today I saw Logan with two of my BFF’s.

Anyhow, I am going to do a short stream right now for about 90 minutes or so if anyone cares to join me for some H1Z1.

I met an Ewok and an incredibly kind stranger – Ariana Danielle

I met an Ewok and an incredibly kind stranger – Ariana Danielle

that I never added to Tumblr, but have posted on my Website. I am working to bring them both more in sync and I am also updating my website with events and milestones that I never marked on my Tumblr blog, so head on over there and check out some of the updates. I am currently back-filling posts from August and September of 2016 and I have many more to post through 2016 and up to right now.

This event in particular is one that was very uplifting to me. I hope you all enjoy it!

I thought this might be a bit too long for an ask so I’ve sent this as a message….

I was wondering when and how you told your children that you were becoming Ari?

I was also wondering what your kids call you, now that you are quite a way down the transition timeline?

My apologies if this sounds a bit too prying, but I was having a talk with my soon to be ex-wife about this. She said that she ‘was not comfortable’ for the kids to call me mum or mummy.

So I am a bit stumped as to what to do!! Lol

Thank you for taking the time to read this rambling and clumsy message!!

I think you are amazing and givee hope on bad dysphoria days, like today.

P.S. Feel free to make this message public. If it helps point me in the right direction, it will definitely help somebody else ???
Tash xx

This is a very tough one. My kids still call me dad for similar reasons but we agreed for them to try to avoid shouting it in a store, etc. My son just recently shouted “Dad, aren’t we going this way?” While we were walking among shops in my downtown area on a windy day and he has some strong pipes! Oh well!  🙂

To add to this conversation a bit.. of course I hope one day my kids will feel comfortable adjusting how they refer to me. They have been amazing as far as how they have been accepting of the real me and even sharing what has been happening with a select group of their friends. My best advice is not to push this. Time is definitely needed for your kids to adjust and age plays a big part of that.

I realize that I did not initially answer the question of how I told them I was transitioning. I wrote out a letter but did not ask them to read it. Instead I used it as a guide to have a conversation with them about it. Unfortunately, this coincided with my former spouse and I telling them that we were separating. (some of this story is on https://arianadanielle.com). My spouse wanted them to understand that we did not hate each other, but that I was undergoing treatment for something that was hard to understand. They were of course more upset about the separation at the time and did not fully comprehend what me being transgender would mean. In that initial conversation I did explain that the medication that was helping me fight dysphoria would eventually cause changes and that I would slowly look more like a girl. It was made clear that this was the major reason that their Mom did not feel comfortable staying with me. It was the most difficult day of my life and there were many tears from all four of us. I of course went through major feelings of guilt over this. Eventually I was able to put the guilt behind me because every person on this earth should be able to be who they truly are. It is the only way to be healthy and avoid an early grave (I have talked elsewhere about my failing health at the time.. those conditions have all been reversed).

After I was living on my own for a couple of months my spouse and I officially decided to divorce. It was then that I also decided to not hold back with figuring out how to be my best self.

Over the following months, I had several short conversations with my kids asking them how they felt about things and how they felt about my appearance changing. It was happening slowly and they adjusted along with me. I was spending all my time with them and with my parents still in “boy mode,” but in everyday life on my own I was able to be myself. Eventually when we looked at old pictures of me they said how it was strange cause they were used to how I “looked now.” It felt like the time was right to show them pictures of the real me and my daughter was the brave one who “looked first.” She told my son that I did not look much different and that he should see the picture too. They both made nice comments about it but both said they weren’t sure they were ready yet for spending time with me in “girl mode.”

It took another two months or so and on March 28th 2016, I was able to leave “boy mode” behind. I wrote about it here.. (https://arianadanielle.com/announcement/my-kids-and-me/)

From that moment on I was able to just be myself. You can see the happy follow-up steps (coming out at work, visiting my parents as myself) outlined on my timeline here: https://arianadanielle.com/transition-timeline/

Ways we tried to protect our kids:

Both of my kids were seeing a therapist during the divorce (and they still see her now, just less often). I think if you are able this is an essential thing to do. They need someone to be able to talk to regarding both the divorce and the changes in their Dad. From the general reports from their counselor, they had more to work through due to the divorce than they did with my transition. That coincided all along with my feeling as to how they were adjusting. They love me. They know the real me. They are able to still have fun with me and joke with me and move about the world with me. I feel that our relationships are healthy.

Not all of their friends know and nor do they need to know. I leave it up to my kids whether they want to discuss it with friends or not. My daughter was face-timing with one of her friends once and she said.. “You want to meet my Dad?” Her friend said, “sure!” My daughter asked me to come in the room and I said a brief “Hello, it’s nice to meet you!” and stepped out. On my way down the hall I heard her friend say “She’s so pretty!”

Oh.. the happy tears there..

KIDS ARE AMAZING 🙂 Should you just expect them to love everything about you transitioning.. NO.. should you do your best to give them the time they need.. YES

Love them, give them as much stability as you can. That mixed with time to adjust will equal happier times for you all.

I hope this is helpful to those out there transitioning with kids involved.