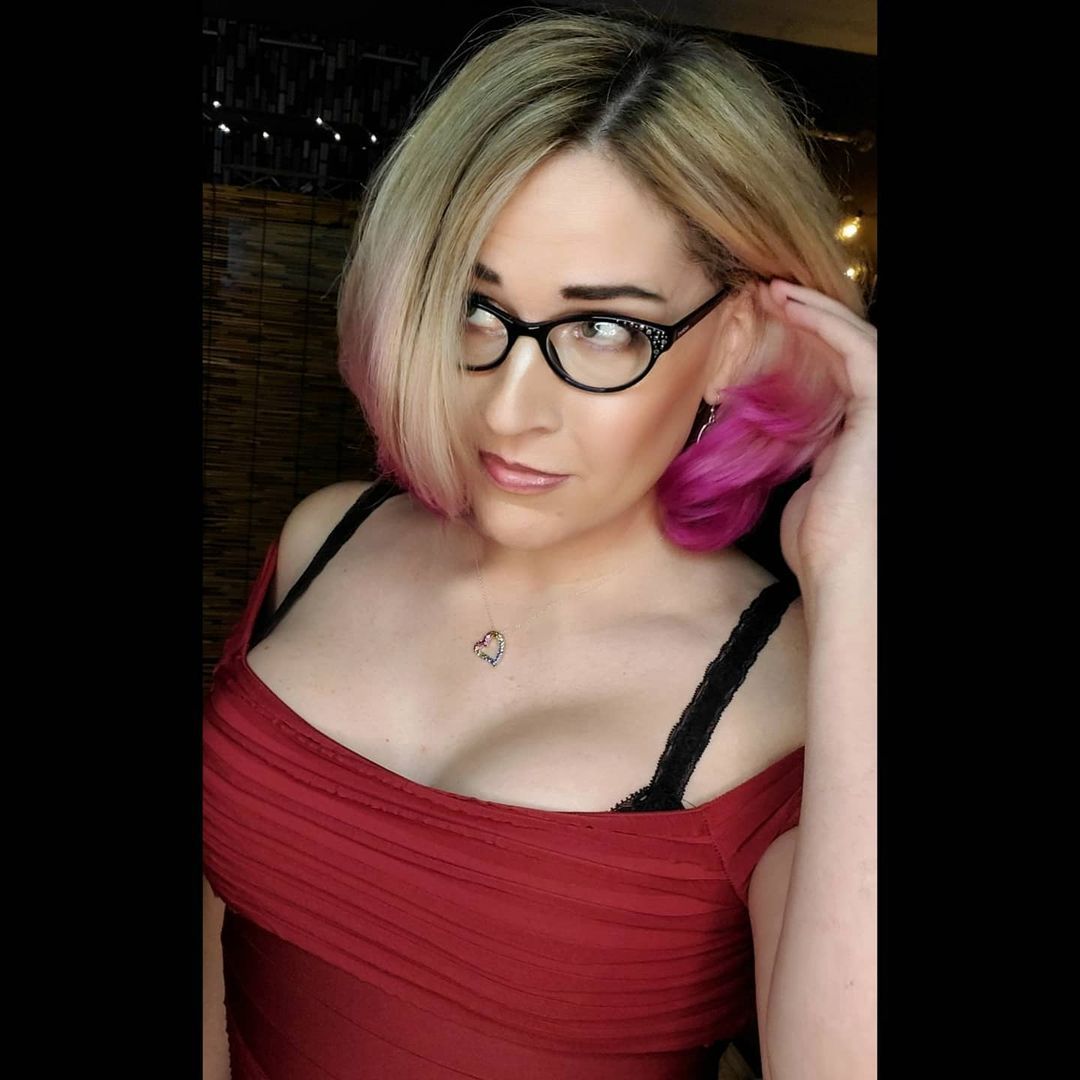 What’s that I just heard? MaidenAriana just posted a patreon update titled “ARI in RED”!! If you are a fan of red dresses or of supporting someone who is now attempting to write their first book, please consider joining my patreon. The link is on my links page within my bio along with everything from my twitch & YouTube channels to my wish list. The book I am working on (actually getting stuff done during this 3 day weekend!) should hopefully be of benefit to the community. I love you all! I will post a couple of images from the new gallery to my Instagram story too. #ladyinred #decadeofari #devilishangel👹👼 #maidenariana #twitchaffiliate #lgbt #transvengers #fuschiagirl #blondegirllife #hazeleyes #transgender #transgenderwoman #redbodycondress #bodycondress #linksinprofile
https://www.instagram.com/p/CKH3Y5mH6QF/?igshid=guf4rer5vmi0 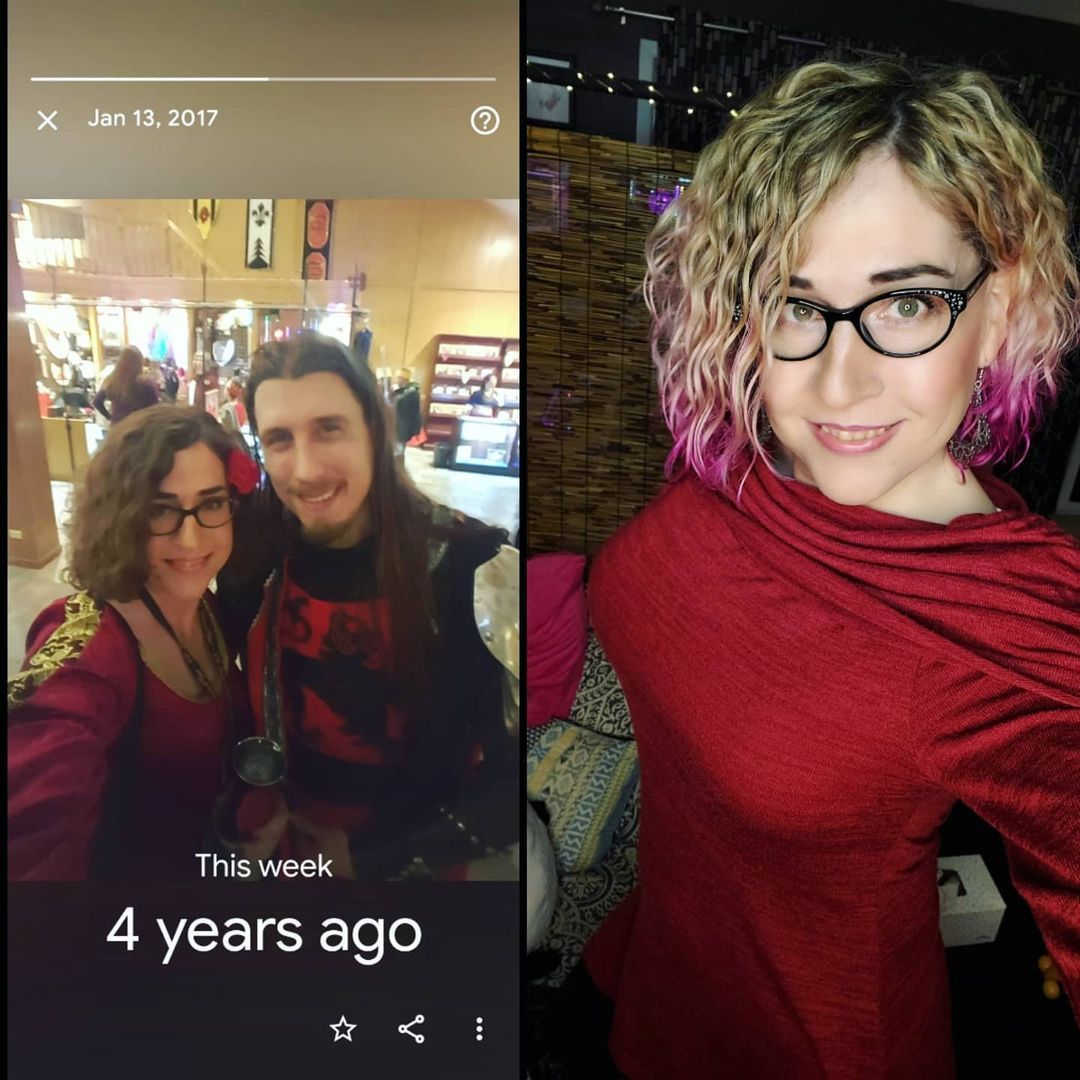 Here is a throwback post to a happy memory of a time 4 years ago. I went to Medieval Times with a large group of my girlfriends and a Knight singled me out and threw the first rose of the tournament to me. Today on the right.. still ever the Maiden in red 😊💃👸 (pssst don’t forget to join us on the transvengers twitch channel tonight) #kingdommorelikequeendom #maidenariana #iamallergictoflowers #transvengers #lgbt #transgender #TransIsBeautiful #transgenderwoman #girlslikeus #fuschiagirl #decadeofari #hazeleyes #curlyhair #ladyinred
https://www.instagram.com/p/CKCME0IHuMh/?igshid=ryvsyonyz7vg 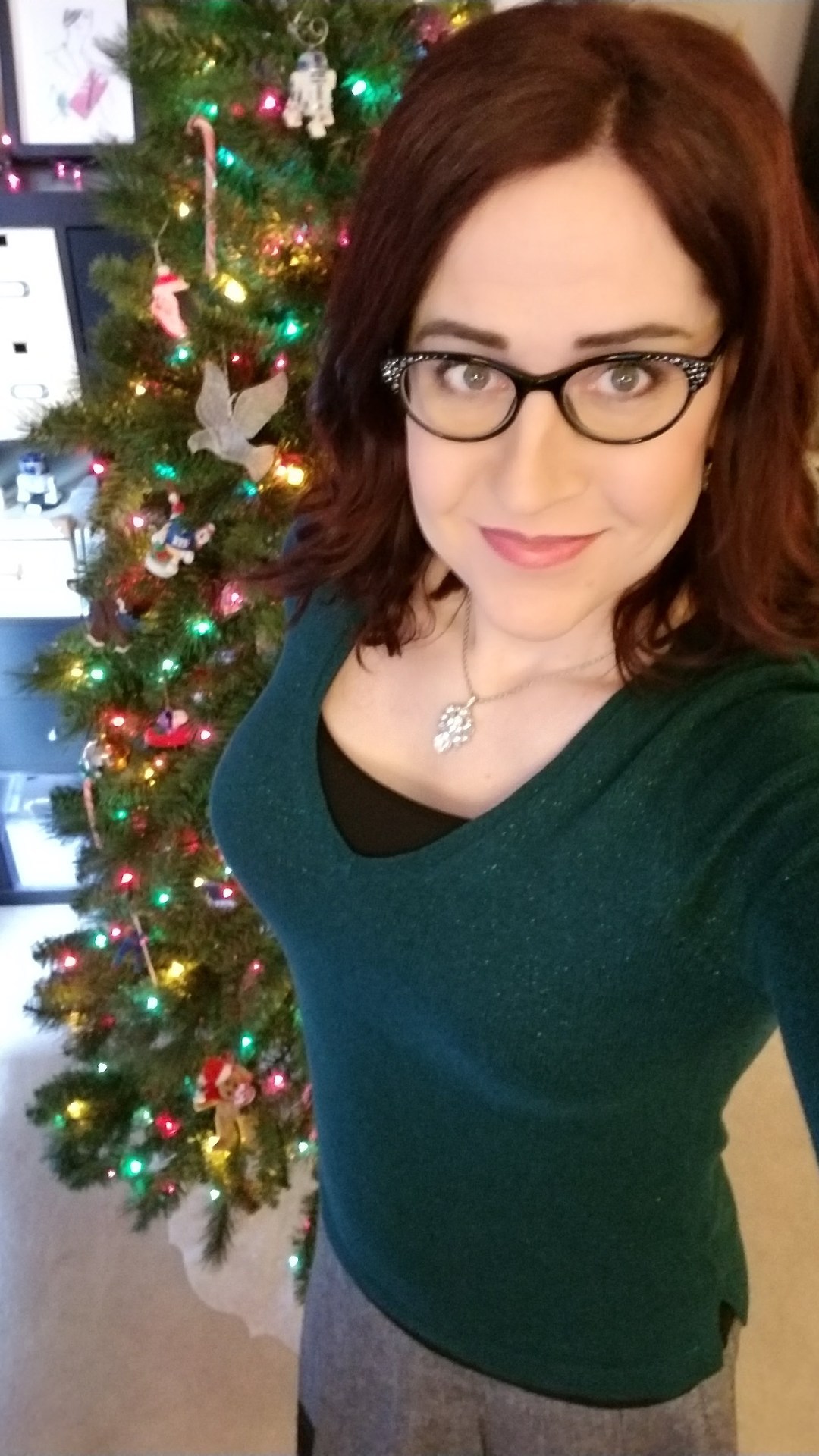 I had my first small holiday gathering yesterday (early because of upcoming trips for various family members). It was my kids and I, along with my sister and niece visiting my parent’s house. I still experienced some accidental dead-naming, but it was followed by self correcting and some apologies. Also, shortly after we arrived, my Mom was talking to my niece saying, “do you remember your cousins and your aunt? (my niece is just over one year old).” That was nice to hear 🙂

As far as gifts go, my sister gave me a small haul from Ulta which was awesome. My parents bought my son and I Steam gift cards, which is just in time for the Steam Winter Sale. Expect me to be streaming some new games on my twitch channel soon, yay! ( http://twitch.tv/maidenariana )

I paused in my parents bathroom for the obligatory “I love the lighting here” pic..

On the way home, my son said something that just again confirmed how awesome my kids are. He mentioned that “Everyone keeps asking us ‘how we are doing with our Dad’s surgery.’” He was not specific as to who, but that is not the important part. The important part is his incredulous response and the tone with which it was delivered. He said, “It does not affect me AT ALL, nothing is different because of it!” He is clearly tired of being asked about it from adults who seem to want to make it ‘a thing’. My daughter just acknowledged that she has been asked a bunch too but feels the same way. My kids and I have a great relationship and it is the same as it was months ago vs as it is now post-surgery. They did their adjusting with my transition over the past two years, unlike many adults who have known me a long time and will take many years to adjust or even acknowledge the reality that transgender people exist. The only way my recent surgery affected my kids was that their schedule was a little different for a matter of weeks. They are more emotionally mature and accepting than people triple and quadruple their age. They just ‘get it.’ I love them so much and I am so proud of them!

I hope you all have wonderful days ahead. For those that do not have plans to visit family on Christmas Day, I plan to stream during the day before I have a gathering of friends over that night. I will post reminders and the start time both here and on my twitter account ( https://twitter.com/ariana_T_G ).